Equipped with a wireless router from your ISP, most WiFi networks are usually fairly efficient. For at-home setups, a quality router will usually be more than enough to run a decent network. After all, even your close neighbors can normally see your wireless network. Of course, there are some exceptions.

If you live in a very large house or your ISP installed your router in a strange location like your closet, your WiFi signal may not reach every part of the house adequately. When it comes to streaming media, a weak WiFi signal result in extreme lag and choppy videos. 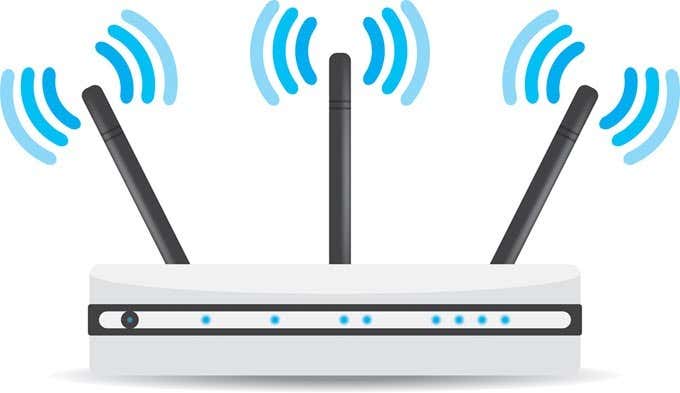 Luckily, there are several things that you can do to help boost WiFi signal strength. Here are some of my top recommendations for improving weak WiFi. Note that this article focuses on WiFi specifically and not on your Internet connection.

Wireless AC has pretty much become the standard, but if you have not yet upgraded to a Wireless AC router and are still using Wireless G or N, you may want to consider upgrading. Wireless AC has proven to be a much more capable technology that not only produces greater WiFi range, but improved and more consistent signal strength as well.

Of course, a Wireless AC router will be most efficient with Wireless AC devices.  If you are using a newer device with a built-in wireless card, such as a laptop, check to see what wireless protocol it supports.

It’s also worth noting that after AC, there will be AD, AH, AJ, AX and so on. You don’t always have to be using the latest protocol, but you also don’t want to be several protocols behind. Wireless N and AC also support MIMO, which allows for multiple antennas.

Get a Dual-Band Router

You may have noticed that some routers offer a feature called dual band. This means that it supports both 2.4 GHz and 5 GHz networks. So what’s the difference? 5 GHz allows for much greater speeds than 2.4 GHz, but over a shorter distance.

A dual band router can be helpful because you’ll get faster speeds when you are closer to the router, but you can switch to the 2.4 GHz network when you are farther away since 2.4 GHz signals can travel farther and penetrate more walls. Unfortunately, you mostly have to manually switch between these two networks.

Since most people use the default router given to them by their ISP, it’s a good idea to make sure you have the best one they have to offer. Most ISPs will install a cheaper router with less speeds and less features and then try to get you to upgrade later.

If you are getting service connected, you can usually make them give you the best router before you sign up with them. If you are already a customer, you can always try to threaten to leave. Unfortunately, to get a better router, you normally will have to pay a monthly cost or buy it upfront. 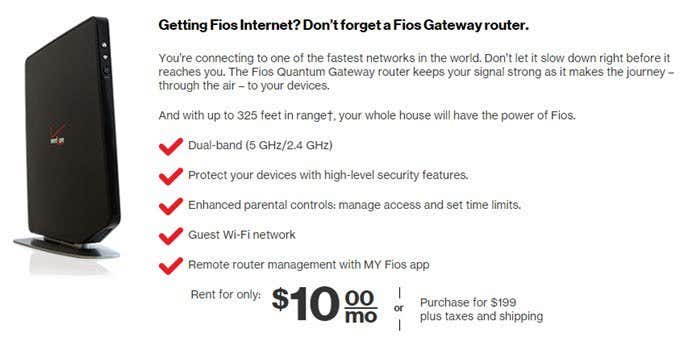 However, if you buy the router upfront, never buy it from the ISP. Instead go to Amazon or eBay and buy it from there. You can always call out a technician to come and install the router, if you don’t feel comfortable doing it yourself.

Use a Cable Signal Booster

If you have cable internet, several factors can play into the actual cable signal strength coming from the cable company to your home. If you live in a busy neighborhood with many households, the actual cable power that your home receives may not be optimal. Aside from this, things like splitters that allow for a cable outlet in every room tend to weaken the signal, and the more splitters you have, the weaker the signal will become. 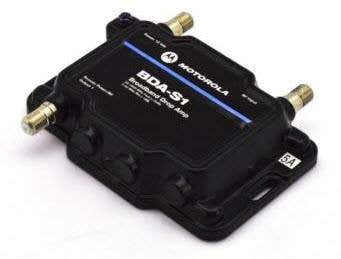 A cable signal booster can help give your home WiFi network the best possible signal by acting as an amplifier. Basically, these devices look and work just like normal coaxial splitters. However, they are engineered to distribute cable signals in the most efficient manner. Cable signal boosters will also improve the signal strength to your television.

This one is pretty much a given, but it’s always best to have the most up to date firmware for your wireless router. As technology changes, firmware updates are needed to keep the router running at peak performance. 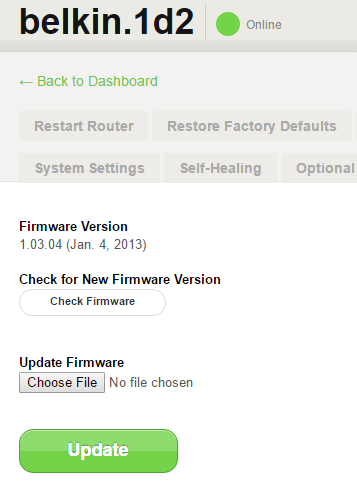 You should also tweak the settings on your router for maximum output. For example, if you are getting a lot of interference, you may want to switch channels. Most of the time it is set to Auto, but sometimes it’s worth manually configuring. It is best to consult a router’s user manual for firmware and settings tips.

For best WiFi coverage, a wireless router should be placed in a central location within a home. It should also be positioned not too close to the floor, but not too close to the ceiling either. WiFi signals travel in a lateral pattern, and most of the time, WiFi devices, such as laptops are used at midpoint within a home. For example, you usually sit on the couch when using a laptop; you don’t lay on the floor (most of the time), and you do not stand on a ladder.

Use a Multi Router Network Setup

All the methods mentioned above still won’t help you if you live in a very large home and the distances are simply too great, even for the latest wireless protocol with MIMO technology. In these types of cases, you probably need to setup a second router.

For example, if you have Verizon FIOS, you can purchase another identical router and configure it as a MoCA LAN bridge. You can configure the second router with the same wireless SSID and password, so devices will connect to whichever router is closer.

These days, there are a lot of companies selling WiFi systems. These are basically wireless mesh networks. They include multiple identical routers that you connect in different locations in your home.

The main advantage these systems is that they configure themselves and talk to each other automatically. This makes them really easy to setup and you can add as many devices as you want to keep extending the range of your wireless network.

Eero is one example of a WiFi system. It comes with three access points for about $500. You can control and configure everything via an app and it takes half an hour to set it all up. Of course, you lose all the flexibility and control that you have when you purchase a traditional router.

Another company that I know is popular is Open-Mesh. Luckily, consumers can buy it too and it works just fine for residential purposes. Again, these are much more expensive solutions, but you’ll be one happy camper at the end of the day.

Depending on the exact model of your WiFi router, it may be compatible with an add-on WiFi booster antenna. WiFi antennas seem to have a varying degree of mixed reviews from purchasers, but for approximately 50% of people, they are worth the purchase. WiFi booster antennas work with the same concept that retractable antennas on old boom boxes work. While the default antenna may be built-in or minimal, a standalone WiFi antenna may help improve WiFi network signals.

For some people, you just can’t get a wireless signal into a certain area of the house. Maybe the wall is made of a material that blocks WiFi and therefore nothing but a direct cable connection would work. You can always try to drop a network or coax line to that location, but if that’s not feasible, then a Powerline adapter might be a good alternative. 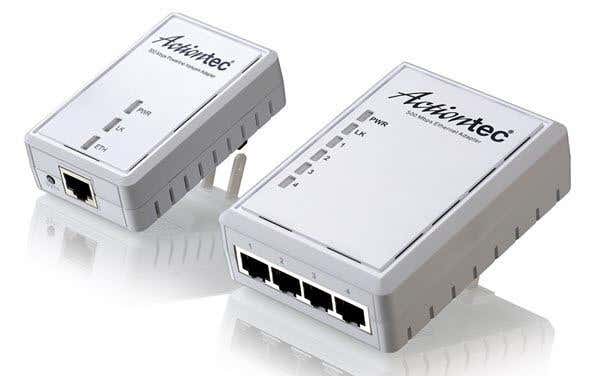 Speeds are nothing to write home about, but it’s definitely better than nothing. You basically plug them into the wall, one where your router is and one where you need an Ethernet connection. Most have just one Ethernet port, but some like the Actiontec one above, have several ports to connect multiple devices.

Turn Off Other Devices

If you are a heavy gadget user and have tons of devices connected all around your home like cameras, phones, monitors, IOT devices, etc., it might be worth turning some things off to see if there is some kind of interference.

Other appliances like microwaves can also cause interference, so try to keep your router away from any other electronic gadget.

Using any of the above methods should help strengthen your WiFi network and using a combination of the methods should greatly boost the WiFi in your home. Any other good ways to help improve WiFi signals? Leave us know in the comments! Enjoy!

The Best Investing Apps for Newbies

Why the Garmin Instinct Solar Is the Best Hiking Smartwatch

10 Google Keep Tips & Tricks to Be a More Productive Learner