Reading: SATA 3 vs M.2 vs NVMe – Overview and Comparison
Back To Top

SATA 3 vs M.2 vs NVMe – Overview and Comparison

There are a variety of different terms for solid state drives these days, the three most popular being SATA 3, M.2, and NVMe.

If you’ve recently looked at purchasing an SSD, chances are you’ve come across these terms, but you may not completely understand the technical differences.

In this article, we’ll be laying out the differences, explaining which is better/worse, and providing details on how the technology for each SSD type works.

The Evolution Of the Solid State Drive 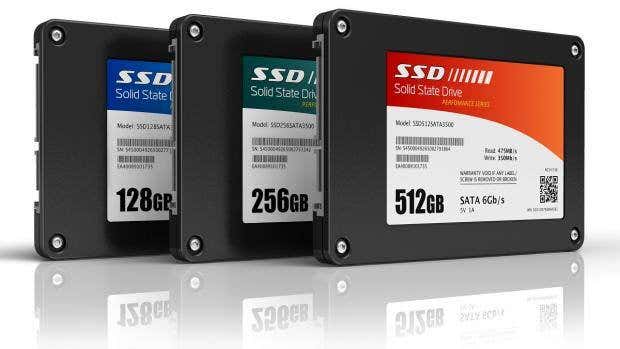 Firstly, let’s talk about the origin of the solid state drive, and why it has been such a popular hardware item for PC builders and laptop manufacturers in recent years.

A typical storage drive used in laptops and PCs is known as a traditional hard drive. These types of drives have moving parts. A hard drive works similarly to an old record player.

There is a moving disk (platter) and a large header that can read data and write off of them as the disk spins. 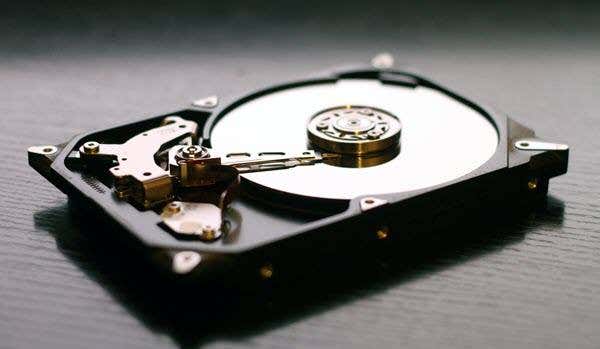 Typically, the faster the hard drive spins (7200 RPM, 10,000 RPM, etc.), the faster the storage drive can be read. Unfortunately, there is a limit to how fast a hard drive can read the data. There’s also a latency that comes with waiting for the head to physically move. This is where SSDs come in.

SSD stands for solid state drive and it’s a type of storage that does not have moving parts. SSDs instead use semiconductor chips to store and access memory.

An, SSD in particular, has a huge array of these semiconductors that can be charged or uncharged, which the computer will read as a ‘1’ or ‘0’ in binary and convert that to actual files or data viewable on your machine.

What’s interesting about the type of memory used in an SSD is that the cells retain their charged or uncharged state even after shutting down and this is how memory is stored and not forgotten.

A PC or laptop is able to read data many times faster off of an SSD because the flash technology just works that much faster than old mechanical hard drives with moving parts.

More recently, we’ve had a variety of different types of solid state drives, namely SATA 3 and NVMe. These drives use the same semiconductor arrays explained above, but they have different potentials for different reasons.

Let’s take a look at how each solid state storage type differs below. 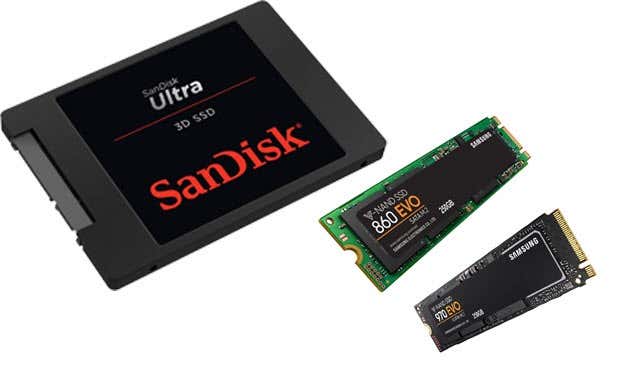 As it turns out, the technology used to read and write data off of an SSD is so fast that the limiting factor actually comes down to the method the drive shares data to the PC.

There are two different methods a PC uses to read an SSD: SATA 3 and NVMe.

SATA 3 connections are made by connecting a data cable and a power cable directly into the motherboard and the solid state drive itself.

Why, you ask? Simply put, an NVMe can queue more data at once due to having access to more PCI-E lanes.

PCI-E lanes are essentially data lanes on a motherboard. There’s a limited amount, and the different ports and slots on a motherboard are given certain lanes. On a typical newer motherboard, you’ll see slots of various sizes corresponding to the number of PCI-E lanes available (x1, x2, x4, x16, etc). 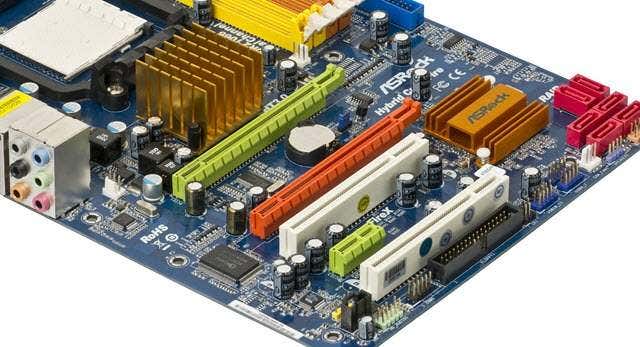 The end result is that with more PCI-E lanes, and direct PCI-E read/write potential, NVMe drives are typically far faster than SATA SSDs.

However, the performance boost is only really seen for sequential read/write speeds. Or, in simpler terms, for moving large files.

With the true read/write speed potential of NVMe only being reached with larger files, differences may not be that noticeable for gaming and everyday tasks.

So, for boot up time and gaming, NVMe won’t offer much difference. For video editing and photo editing, NVMe drives can offer much better results.

Here is a look at the typical read/write speeds of a hard drive, a SATA 3 SSD and an NVMe SSD for large files.

What About M.2? Where Does That Come In? 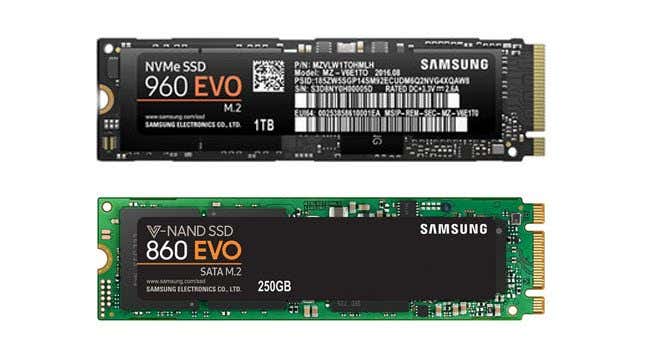 So far, we’ve explained SATA and NVMe. These are two methods, or protocols, used to read and write data. One uses PCI-E (NVMe) and the other doesn’t (SATA).

An M.2 drive is simply a term to describe the physical form factor of a drive. M.2 drives are the slim ones shown below. M.2 drives are not another protocol like NVMe and SATA. In fact, you can get an M.2 drive that uses either SATA or NVMe.

Here is an M.2 drive with a SATA connection: 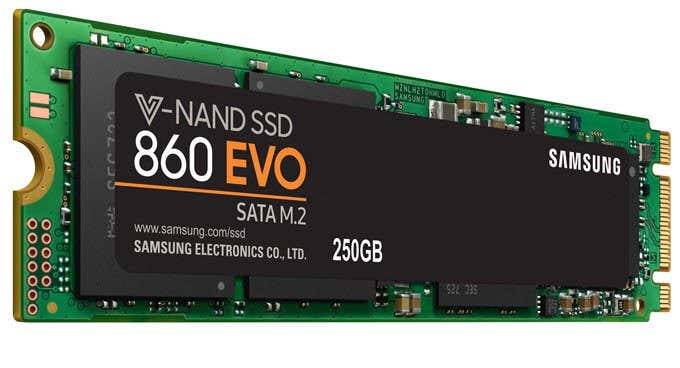 And here is an M.2 drive with an NVMe connection: 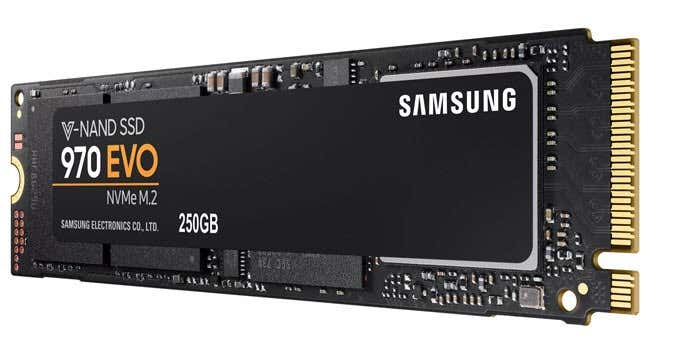 An M.2 drive is not faster just because of its form factor. It’s just usually the case that M.2 drives use the NVMe protocol because they already connect via PCI-E anyway.

If you’re in the market for an NVMe drive, just make sure that the M.2 drive you look at clearly has NVMe in its description or title and not SATA.

Summary – Should You Get SATA 3 or NVMe? 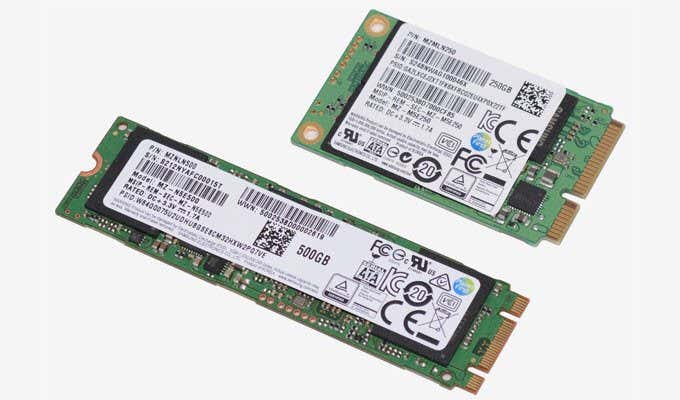 If you’re upgrading from a traditional hard drive, both SATA 3 and NVMe will offer you spectacular improvements. NVMe is typically more expensive than SATA 3, which is a problem considering standard SATA 3 SSDs are already expensive enough.

NVMes really are only useful for those larger file transfers, too, so unless you regularly move large files for photo and video editing, or find a great deal on an NVMe drive, you may as well stick to a standard SATA 3 SSD because you can get a much bigger size for the same price.

Also, for gaming, both NVMe and SATA 3 will offer very similar boot speeds. They are both so fast that other hardware, such as RAM and CPU performance, ends up being the bottleneck.

Hopefully, this summarizes the difference between SATA 3 and NVMe and makes it clear how M.2 fits into the equation as well.

Below is a quick summary of everything we’ve covered so far.

What are your thoughts on this topic?

How to Compare Two Excel Files and Highlight the Differences

How to View Firefox Saved Passwords