Reading: USB 2.0 vs. USB 3.0 vs. eSATA vs. Thunderbolt vs. Firewire vs. Ethernet Speed
Back To Top

The lowdown on what you plug in and where

Written by: Aseem Kishore, Twitter: @akishore
Posted on: May 2nd, 2016 in: Computer Tips

Your desktop or laptop computer has a wide variety of ports and connection types, but what are they all for and how do they differ? USB 2.0, USB 3.0, eSATA, Thunderbolt, Firewire, and Ethernet are some of the technologies that are built into many of the computers sold today. So, what’s the fastest connection type? What type of connection is best to consider for an external hard drive? What about for 4K multi-monitor support? In this article, we’ll talk about the different types of high-speed data ports and how they are used. 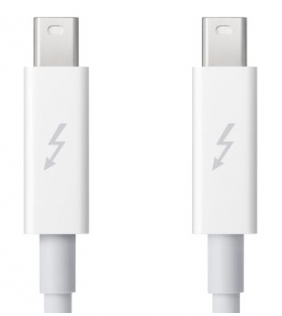 No matter what type of computer you have, you probably have one or more of the high speed connection types covered in this article. Let’s first take a look at the different speeds for each type of connection. Note that the rated speeds are not what you’ll get in real-world conditions. Most likely, you’ll be able to get anywhere from 70% to 80% of the max speeds listed. 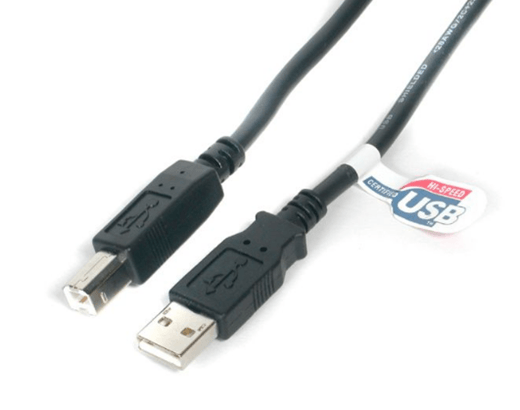 The USB 2.0 connection type has pretty much become the standard. You have likely used a USB 2.0 cable to connect some device or drive to your PC or Mac at some point and you probably have several spare USB cables laying around the house. Even though USB 3.0 is here, many PC peripherals and other devices are still being manufactured with USB 2.0 connectivity.

Many devices do not yet use USB 3.0, nor do they use Thunderbolt. Why? Because USB 2.0 is simply fast enough to handle minor tasks and many devices simply do not require lightning fast speed, such as mice and keyboards. OK great, so how fast is USB 2.0 exactly?

USB 2.0 is rated at 480Mbps. That’s about 60 megabytes per second. For quick reference, 1000 Mbps equals 1 Gbps, which is considered gigabit. 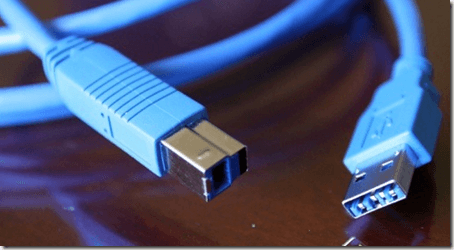 In 2013, USB 3.1 was also released and is rated up to 10 Gbps. That’s around 1280 megabytes per second or 1.2 GB per second. This means that USB 3.1 is about as fast as a single first generation Thunderbolt channel.

It’s also worth noting that the new USB Type C connection will support USB 3.1 for a max data transfer rate of 10 Gbps.

eSATA stands for external SATA. SATA, of course, is a connection type that is used to connect an internal hard drive to a computer. So, inside your desktop or laptop is the hard drive, which in most cases, connects to the motherboard using a SATA interface. 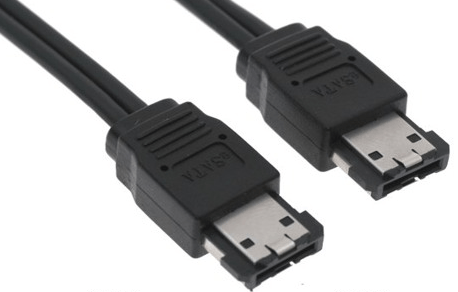 Thunderbolt cables are the newest connection type featured on this list. Originally codenamed “Light Peak,” Thunderbolt was first a technology that was developed by Intel. For Thunderbolt’s consumer debut, Apple Inc. added the high speed interface to nearly all of their devices in the Mac lineup, making them one of the first companies to use the technology. Thunderbolt is capable of more than other connection types, but we will get to that later. What kinds of speeds does Thunderbolt produce?

Thunderbolt is rated at 10 Gbps per channel (x2). Thunderbolt 2 raises that value to 20 Gbps over a single channel. Thunderbolt 3 doubles the bandwidth again to 40 Gbps. 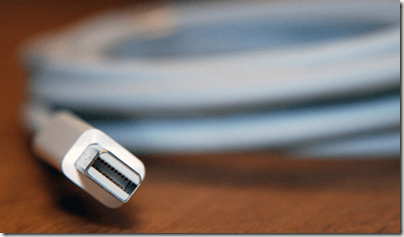 Firewire, or IEEE 1394, is another connection type that was popular for a while, but has kind of gone away over the last few years. The popularity of USB 2 and USB 3 devices slowed adoption of Firewire, resulting in the slow decline of the connection. This occurred even though Firewire 400 and 800 are faster than previous USB technologies (not including 3.0). 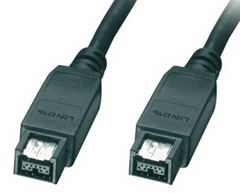 Ethernet is a connection type that is used mainly for networking, so it is not designed to be super-fast. However, Ethernet cables can be used to transfer computer data too.

Ethernet is rated at 100 Mbps. 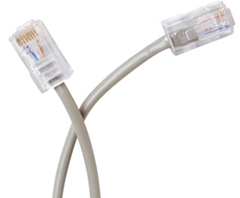 To summarize the above data, the connection types would result in the following, from fastest to slowest.

However, this analysis is not quite accurate. As mentioned earlier, in actual situations, many of these max speeds are rarely achieved. Here is a chart from Wikipedia that summarizes the specs for many connection types beyond just the ones I mentioned. 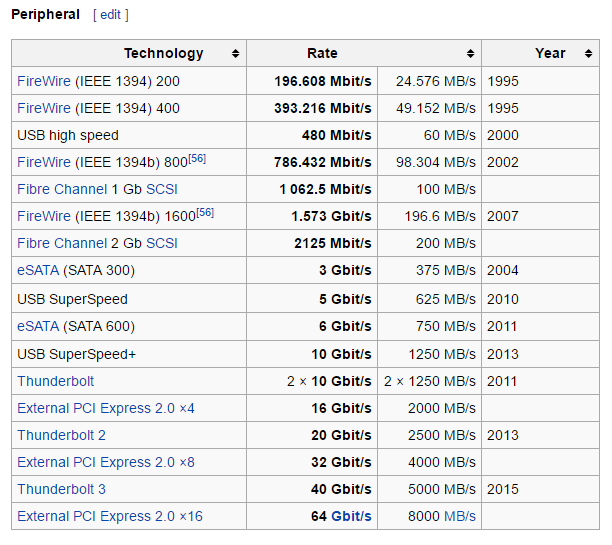 When purchasing an external device or a new computer, the main thing to consider is the version of the connection type. For example, if you are purchasing a new Retina MacBook Pro laptop, you’ll notice that it has a USB 3.0 port and a Thunderbolt 2 port.

Ethernet is extremely slow and it can be used for file transfers and moving folders, but its main purpose is for local networking.

In my view, Thunderbolt and USB 3.1 (Type C) will eventually become the standard on most computers. They provide the most speed with extra features like two-way power and multi-monitor support. In addition, both technologies have already been adopted by many major PC manufactures. If you have any questions, feel free to comment. Enjoy!

Roku Streaming Stick Plus vs Amazon Fire TV Stick 4K: Which is Better?