How to Convert PowerPoint to DVD, Video and PDF

The pros and cons of using it instead of FAT32 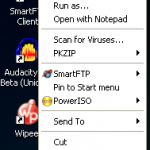 How to Open Multiple Programs in Windows at Once

This trick is not just for lazy people

How to Setup Multiple Home Pages in Your Web Browser

Make your morning routine much easier

Even though I use SpeedDial as my default start page for new tabs, I also like to have my browser load with several tabs open when I first start it. […] 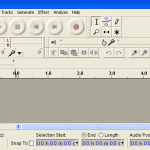 How to Record Cassette Tapes to PC/Computer

Transfer that mixtape you made for your gf in 1999

So you have a bunch of old audio cassettes that you want to copy or transfer to your computer? There are many gadgets and programs out there that you can […]

How to Remove Your Name from Search Engines

Protect your reputation from defamation or slander

Looking for a way to remove your name from Google? Have you tried to Google your own name lately? Anything inappropriate or damaging come up that you would rather not […] 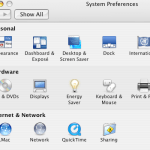 How to Access Mac Files from a Windows PC

Apple is becoming more popular everyday (I love my MacBook and it’s selling in record numbers this year), yet most people still have Windows PCs at home. If you are […] 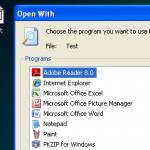 How to Batch Change File Extensions for Windows Files

Recently, I came across a problem where I had to change the file extension on a bunch of Windows files from no extension to .JPG. Someone sent me a large […]

You need 2 different programs to do it correctly

Recently, I downloaded a video off the Internet that was in Hindi and I needed to add English subtitles to the video so that I could share it with some […] 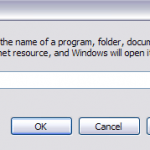 We'll go over some of the most basic, common uses

Earlier today I had to boot a client computer into safe mode and delete a virus via the command prompt because whenever Windows would load, the file would become locked and hence […]

How to Open Files in Windows with Different File Extensions

I’ve always wanted to write a resource article on how to open files with different file extensions such as .wps, .prn, .mpp, .mdi, .rar, .psd, .pps, .sit, .nrg and lots […]

How to Resize a Video or Change Resolution

Here are a few free tools that will do the trick 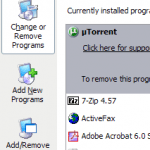 How to Setup an FTP Server in Windows using IIS

It's a little more advanced but will give you more control

Earlier, I had written a post on how to turn your computer into a Windows file sharing server using a couple of different programs. If you’re looking for a quick […] 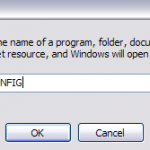 Basically a junk program that won't go away

Here’s another technical walk-through on how to fix a pesky little problem that is caused by computer manufacturers such as Dell and HP! Basically, they load too much crap onto […] 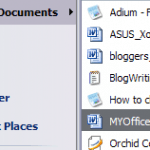 It's nice to have an extra bit of privacy

Wouldn’t it be neat if you could create your own TrueType fonts, name them whatever you want, and actually use them in programs like Word, Photoshop, etc? Luckily, there are […] 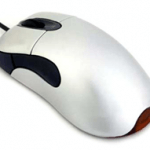 4 Free Utilities to Tweak Your Mouse and Increase Productivity

Ever heard of tweaking your mouse? Just about everyone has a desktop and along with that a mouse to perform all the tasks on the computer. We spend so much […]

How to Create Custom Icons for Flash or USB Drives

This will work for anything that uses the Autorun feature

You probably already know how to create custom icons for your local hard drive or for your CD drive, but did you know there is also an easy way to […]

How to Check All of Your Email Accounts from Gmail

Just about everybody these days has more than one email account, usually more than can be counted on one hand. Personally, I have 5+ accounts with different email service providers, […]

How to Hack Your Cell Phone

It ain't easy, but it can be done

When people search for cell phone hacks or hacking, they normally have one of two things in mind: how can I hack my cell phone to do something or install […]