Reading: How to Reset or Unfreeze an iPod Nano, iPod Touch, iPod Classic, or iPod Shuffle
Back To Top

How to Reset or Unfreeze an iPod Nano, iPod Touch, iPod Classic, or iPod Shuffle

Stop it from interrupting your workout

Because I work in IT, I end up getting a lot of questions that deal with technical support, such as how do I unfreeze or reset my iPod device! I’m not sure why so many people have been asking me that lately, but since they are, I thought I would write up a quick post on how to go about resetting your iPod if it has frozen up!

Of course, telling you how to reset an iPod Nano may work for some, but not for those who have an iPod Touch, so I’ll try to list out the instructions for as many as I can! Here we go! One other thing to note is that if the resetting procedure does not work, you can also try to connect the device to a power source and then try again.

Unfreeze or Reset an iPod Touch

The iPod Touch is pretty straight-forward. There are only two buttons on an iPod Touch, so it’s really hard to mess this up. To reset an iPod Touch, press and hold the Sleep/Wake button and the Home button at the same time until you see the Apple logo show up on the screen: 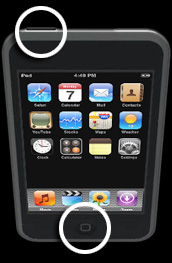 Note that you might first see the “Slide to Turn Off” option appear on the screen, but that’s ok. Keep holding the two buttons and then the iPod Touch will turn off completely. Then simply press the Sleep/Wake button again for a few seconds to turn it back on.

Another thing to note is that this is the same procedure for resetting an iPhone or an iPad also.

Unfreeze or Reset an iPod Classic

1. Toggle the Hold switch on and off. (Slide it to Hold, then turn it off again.)

2. Now press and hold the Menu and Select buttons until the Apple logo appears, which may take about 6 to 10 seconds. You may need to repeat this step. 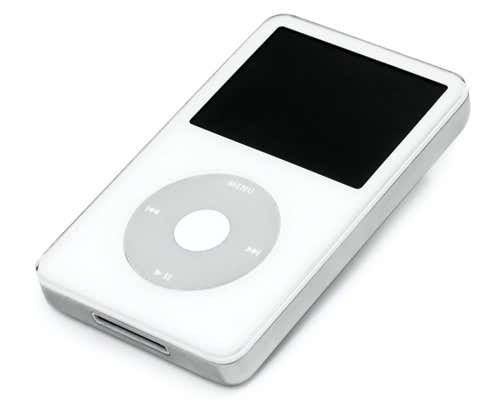 For the newer models of the iPod Nano, the process is slightly different. Let’s start off with the 6th generation iPod Nano, which is shown below: 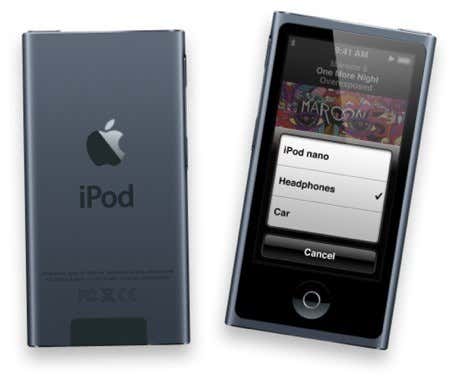 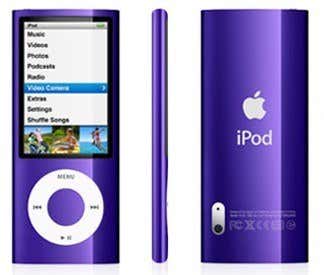 Resetting an iPod Nano is similar to how you would do it for an iPod Classic:

1. Toggle the Hold switch on and off. (Slide it to Hold, then turn it off again.)

2. Now press and hold the Menu and Select buttons until the Apple logo appears, which could take from 6 to 10 seconds. You might have to perform this step several times.

You can also reset an iPod Mini in the same way as the above steps.

Reset or Unfreeze an iPod Shuffle

There are 4 generations of iPod Shuffle designs, so refer to the chart above to see the switch you have to move. Here are the steps:

1. First , eject your iPod shuffle from iTunes, if you have it connected.

2. Then remove the iPod shuffle from the USB dock.

4. Wait 5 seconds. If you have the 3rd or 4th generation iPod Shuffle, wait 10 seconds.

5. Move the switch back to the on position so green stripe will be visible in either position.

And that’s it! Hopefully, now that you know these steps, you don’t have to keep taking out the battery to unfreeze your iPod! Any comments or questions, make sure to write below! Enjoy!

How to Repair Corrupted or Damaged AVI Files