Reading: How to Hack Your Cell Phone
Back To Top

How to Hack Your Cell Phone

It ain't easy, but it can be done

When people search for cell phone hacks or hacking, they normally have one of two things in mind: how can I hack my cell phone to do something or install something that’s currently restricted or how I can hack a cell phone and steal its data like images, text messages, location data, etc.

In this article, I’ll try to cover both topics in some detail. Obviously, hacking is a non-trivial task, so you’ll need to spend quite a bit of time browsing through forums, etc. before you attain your goal.

In order to hack a cell phone so that you can install a different operating system on Android or install apps outside the App Store on iOS, you need to either unlock or jailbreak the phone, respectively. It used to be illegal to unlock your cell phone, but this recently changed in late 2014, so now you don’t have to worry about doing something criminal. It should be noted, though, that performing a jailbreak or unlock will prematurely void your warranty.

One of my favorite sites on the web is Cell Phone Hacks, a large discussion and community driven forum where you can find and share cell phone hacks and cell phone hack codes. Not only can you find ways to hack into your cell phone to either give it more functionality or to add some kind of feature it was not meant to have, but you can also find all kinds of useful tips on how to do complicated things with your cell phone, like use it as a modem, etc.

The site is broken down into a couple of different forums: cell phone hacks, ringtones, logos and software, service provider hacks, and cell phone hardware and accessories. Here you can learn how to do things like make your own logos and wallpapers for your cell phone or how to setup your Verizon phone as a modem to connect to the Internet.

Another very popular forum that probably has the most comprehensive knowledgebase on hacking cell phones, including unlocking phones or revealing hidden menus, is HowardForums. You’ll find that there are a LOT more threads and discussions going on at this site than even cell phone hacks! So if you don’t find what you’re looking for at cell phone hacks, definitely make sure to check this site out. They also have more topics including US Prepaid, Canadian wireless providers, European providers, etc.

Lastly, there is one other site that I visit that’s not exactly for hacking, but does offer a lot of info on unlocking phones. It’s mostly for Android phones, so if you’re trying to jailbreak an iPhone, you’ll need to read on below. XDA Developers is meant for developers and you’ll find a lot of programming stuff on the site. However, there are always posts on how to unlock the bootloader, root the phone, etc.

For iPhone users, if you want to be able to install apps from outside the App Store, you’ll need to jailbreak your iPhone and then use Cydia to install the apps of your choice. Jailbreaking an iPhone is a complicated process and sometimes a certain combination of hardware and software can’t be jailbroken. For example, an iPhone 5S running iOS 8 currently does not offer a proper jailbreak option. Some Chinese hackers called Pangu have released a tool to jailbreak iOS 8 on all compatible devices, but it’s only in Chinese right now.

Luckily, there is a website that does all the work for you in terms of jailbreaking iPhones. GuideMyJailbreak makes the process of figuring out how to jailbreak your iPhone into a simple wizard that anyone can follow. If your device can be jailbroken, it’ll tell you where to download the software and the instructions for performing the jailbreak. 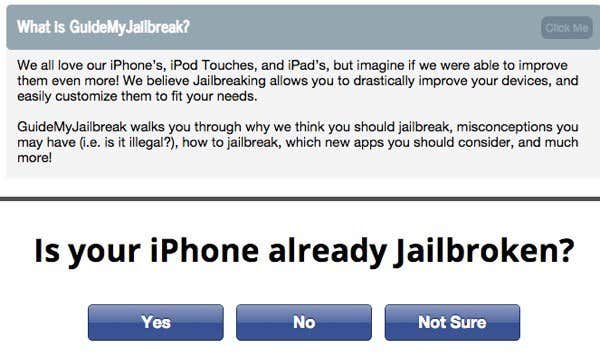 If you are more interested in watching videos, another great place to learn about hacking phones is from YouTube. Just search how to hack a cell phone and you can literally watch hundreds of videos on the topic.

Hopefully that will get your started on your cell phone hacking journey! Always remember though that unlocking/jailbreaking could screw up your phone and void your warranty, so be careful and don’t do anything you’re not sure of, especially with phones like the iPhone, etc.

Now on to the more interesting topic of hacking someone else’s cell phone for data like photos, text messages, call logs, location tracking etc. Before we get into any details, spying on someone without their consent is completely illegal and therefore could get you sued if you’re unlucky. If you choose to continue, that’s your choice, just be warned.

The main thing to note about spying on someone else’s cell phone is that you will need access to it for at least a short time frame. There really is no way to hack into a phone from a computer or remotely unless you are a genius hacker. For 99.999% of people, you’ll need to rely on getting your hands on the device so that you can install the spying software. For iPhones, you’ll also need to jailbreak the phone first before you install the spying software.

There are lots of choices when it comes to cell phone spying software, but there are just a handful that are very popular because of their stealth, wealth of information and reliability. Note that any cell phone spying software that is half decent will cost you money, so don’t even try to find a free program because it’ll probably be a fake anyway.

mSpy is by far the most popular software solution when it comes to spying on cell phones whether it be a BlackBerry, Android, Windows Phone or iPhone. It’s so popular because it can monitor pretty much everything under the sun. Want to see what your kids are posting on Snapchat? Done. Who they are texting via SMS or WhatsApp? Done. Who they are emailing and where they are going? Done. See what photos or videos they are taking with the phone camera? Done.

It’s literally ridiculous how much information you can capture using mSpy. It’s pretty much like watching the person use their device while standing over their shoulder. Plus, if you run into any issues, just call their 24/7 customer service and they’ll help you figure it all out. mSpy isn’t cheaper, though. The basic version will cost you $40 for one month of monitoring. The premium version with more monitoring options will cost you $70 for one month all the way up to $200 for 12 months.

PhoneSheriff is another popular choice and pretty much has all the same features as mSpy, but without the really nice interface and reports that mSpy has. That’s probably why the software is a lot cheaper too: $50 for 6 months or $90 for a year. It does have all the reports you want, I just found mSpy’s interface to be cleaner and more modern looking. 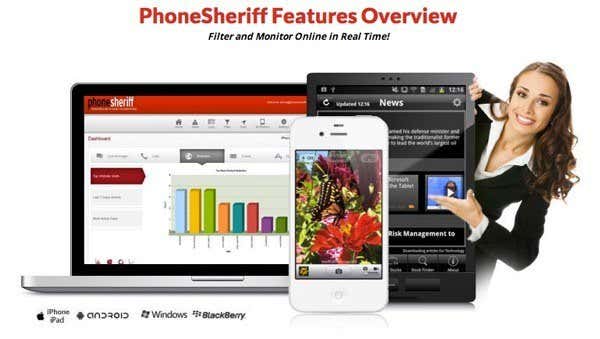 As I mentioned before, there are quite a few other software solutions for spying, but those are the main two. If you’re interested in doing more comparison shopping before choosing, check out these two sites with top 10 lists for cell phone spying software:

If you have any questions about hacking a cell phone, feel free to post them in the comments. Otherwise, let loose and have fun. Just be careful and don’t get caught if you’re spying on someone else. Enjoy!

How to Get to Inbox Zero in Gmail