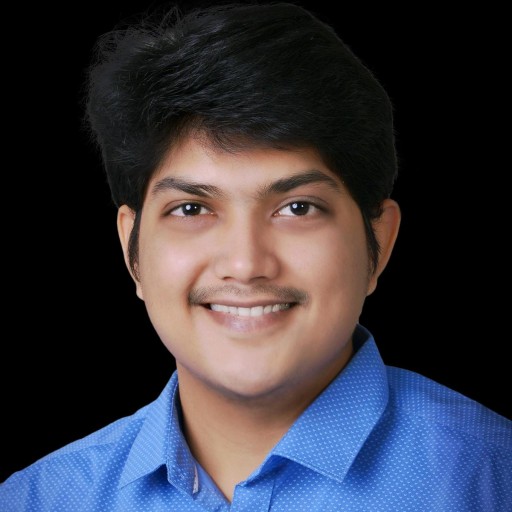 Arjun is a non-engineer computer geek. He first put his hands on an Intex mouse with a ball on the underside and a bulky keyboard with protruding keys in 2002. Since then, he has learned a ton sitting in front of the computer screen without any outside help. He is now an Excel ninja, codes HTML and CSS, and has received an honorary mention as the family’s go-to tech help during get-togethers.

He is a born number-cruncher and likes to spend hours juggling numbers across an Excel sheet. Unsurprisingly, he’s an accountant by education. After completing his B.Com. in Banking and Finance, Arjun finished his CMA from the IMA, US.

He previously worked as an equity research analyst. After saying goodbye to the equity market, Arjun turned to his passion to earn a living—tech. Arjun has been a freelance writer for over six years and works as a staff writer for Help Desk Geek and MakeUseOf.

When he’s not in front of his computer screen, he enjoys playing with his dog and spending time with his mother. Occasionally, he loves watching mystery thrillers on Netflix.

How to Update Your Web Browser on a PC

Updating your browser is important to ensure you’ve installed all the latest security updates and are able to load web pages properly. An update will often come with new features […]

How to Watch the 2022 Oscars Online Without Cable

It’s that time of the year again. The 94th Academy Awards, popularly known as the Oscars, is scheduled to air on ABC on March 27 (Sunday) at 8 PM ET […]

Curious if there are people out there who look like you? You can use a face search to find similar faces. Facial recognition technology can also help you find online […]

How to Delete a Page in Google Docs

If you write just about anything on your computer, you probably know how to use Google Docs—maybe for office work or to collaborate on a school project. Google Docs offers […]

What Are Snapchat Streaks and Why Do They Matter?

Snapchat streaks, or Snapstreaks, represent the number of days that you’ve managed to send a photo or video snap to your Snapchat friend.  For high school children, Snapstreaks represent their […]

What Is Snapchat Spotlight and How to Submit One

Snapchat is a multimedia messaging app that has received less-than-deserved attention compared to Instagram. It’s got a ton of features like entertaining Cameos, the option to create your own Snapchat […]

4 Ways to Convert YouTube Video to Text or Transcript

Whether you’re uploading a YouTube video for the first time, or already have a channel populated with videos, you may want to consider converting those YouTube videos to text. Why? […]

You can download Vimeo videos by using the on-site download button, saving videos for offline viewing on the mobile app, or through a third-party website, add-on, or software. If you’re […]

Want to Automatically Logout of Gmail or Google Account?

Google accounts are a part of your personal and professional lives, especially with single sign-on (SSO) that helps you log into almost any platform or app with one click. Sometimes, […]

How To Open a File With No Extension

Did you just download a file with no extension? You probably noticed Windows couldn’t open this file and prompted you to choose a program to open it.  If you already […]

How to Group Worksheets in Excel

When your Excel workbook has multiple sheets identical in layout and structure, you can streamline your work by grouping similar sheets. To be more specific, once you learn how to […]

How to Use Mail Merge in Word to Create Letters, Labels, and Envelopes

Mail merge is a Microsoft Word feature that helps you streamline creating personalized letters, labels, envelopes, emails, and a directory. Since mail merge is not among the most commonly used […]