Reading: Do Surge Protectors Really Work?
Back To Top

So you might have asked yourself if that $100 Monster surge protector you bought from Best Buy for your new HDTV and electronics really works or not? Luckily, most of us will never encounter a power surge to see if our equipment will survive or not, which is a good thing.

However, if you’re someone who owns a lot of expensive tech, don’t feel immune to power surges just because it hasn’t happened to you yet. I recently had my NAS fried during a thunderstorm and it was a cool $1000.

I never had a problem with this before and I had my NAS plugged into a power strip with surge protection. As you can imagine, I was quite upset that my NAS still got fried by the power surge. 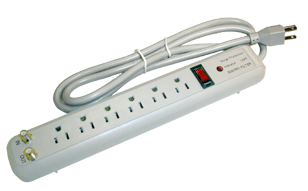 On top of that, the so-called “insurance guarantee” was complete BS. First, I had to fill about a 30 page form in order to file a claim with the manufacturer of the power strip. I shipped them the surge protector and they said they reviewed it and said there was no indication that it failed. Wow, thanks a lot. Now I was really pi**ed!

In the end, though, I learned after doing a lot of research that it was my own fault. Surge protectors are not all created equal and no surge protector in the world can handle lightning.

In this article, I want go through a little bit about what I learned on how surge protectors work and what you really need to do in order to protect your expensive equipment.

Do Surge Protectors Work Against Lighting?

The short answer is NO. At least not any surge protector that you can buy for the inside of your house. Even a UPS (Uninterruptible Power Supply) with surge protection will not be able to handle a lighting strike that is close by.

Does that mean you shouldn’t even bother with surge protectors? No, it means you need more! Here’s what I learned and did.

Firstly, nothing can be fried if it’s not connected to any power source. Unless you really have to do something important, you should unplug any device that you would want to save during a lightning storm. There is simply no better protection than that.

Secondly, there is this thing called whole-house surge protection/suppressor. What the heck is that? Apparently, it’s a piece of hardware that gets installed at the point of service for your house.

That means it gets installed between the main board and where it splits off to your house. Basically, wherever the electrical panel is in your house, this thing will go before that. I wish I had known that earlier! These devices cost anywhere from $150 to $300+, but they are well worth it. 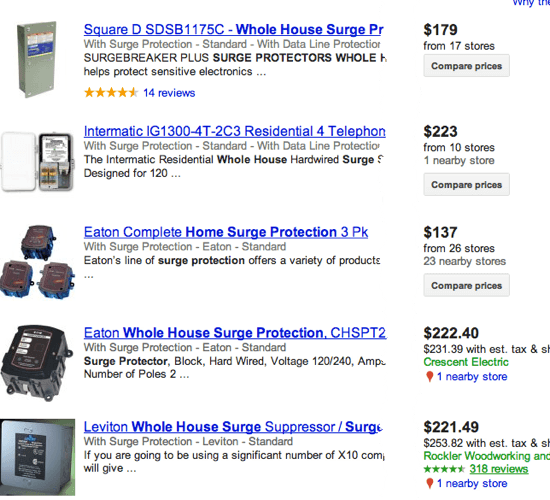 You can even buy them at Home Depot! Of course, I didn’t try to install it myself as I didn’t want to be fried myself, so you’ll have to spend a little extra money to get it professionally installed.

So what’s the real advantage? Well, before you get into that, let’s talk about what a surge actually is and how surge protectors work.

What is a Surge?

Basically, a surge is when something causes the an increase in the electrical charge in a power line, which will then increase the current that is going to your wall outlet. What can cause a surge? A lot of stuff. One thing you always hear about is lightning, though it’s not a very common cause of surges.

Another cause, and the most common, is electrical devices that require a lot of power. For example, a refrigerator, air conditioner, etc. When they turn on and off, they suck up a lot of energy and mess up the steady flow of voltage in the system.

Have you never noticed how sometimes the light will dim in your house for a second or two when the AC kicks on? In my house, I have a huge printer and whenever that thing turns on to start printing, it actually completely knocks out one of the electrical outlets in the same room!

It sounds simple, but it is what makes all the difference when it comes to price for these devices. Basically, there are three factors that differentiate the level of surge protection and the cost:

1. Clamping Voltage – A lower value here is better. This basically at what voltage the diversion will kick in. 330 V is a good low value whereas 500 V is too high because your electronic equipment might fried by then.

2. Energy – This is a rating that tells you how much energy the surge protector can absorb before it burns out. It’s given in joules and ranges from 200 joules for very basic protection all the way up to thousands of joules.

3. Time –  Some surge protectors kick in with a little delay, thereby exposing your equipment to the surge for a longer time. You want a surge protector with a very low response time.

Another good thing to look for is an indicator light on surge protectors. If it gets fried and no longer can protect your devices, you really don’t want to keep using it. If there is no indication light, you may never know that you surge protector is already dead.

How to Really Protect Yourself Using Surge Protection

If you really want to save equipment, even from lightning or from surges down power lines, there are a couple of things you need to do. Note that these will require calling your electrical provider/power company and asking for their help too. 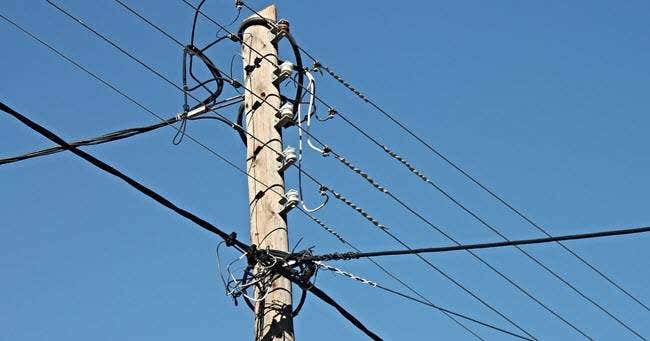 2. Direct-strike prevention – The best situation is when your house never gets struck by lightning. You can do that with a lightning rod. You can buy these bad boys online and attach them to the top of your house or in other locations along with grounding.

Instead of your house getting hit, the rod will get hit and conduct everything down into the grounding. Again, something you’ll probably have to get professionally installed, but the only real way to truly protect against a lightning strike without having to unplug everything in your house.

3. Whole-House protection – This is what I had mentioned above. This could be a third defense against surge protection or a first defense if you can’t or don’t want to spend the money for #1 and #2.

Remember, a whole house protector will not be able to protect from surges that occur within the house, unless it reaches the main electrical board. So that’s why you need to have surge protection at all points in your house in order to truly protect your equipment.

What are your thoughts on surge protection? How do you have your house and equipment setup to protect against surges? Let us know in the comments. Enjoy!

What Is Vanish Mode on Instagram and How to Use It

How to Start Windows 10 in Safe Mode

Prevent Someone Else from using Your Wireless Internet Connection