Reading: The Three Best Android Emulators
Back To Top

Because some things are better done on your PC

The Android operating system is indisputably the biggest, most successful operating system for mobile devices. Pick any smartphone at random and the chances are that it will be running Android.

This also means that plenty of applications are exclusive to this operating system and that it’s a hot platform to develop for.

An actual phone is not always the best place to work however. Some IM applications are more convenient on a computer keyboard than awkwardly tapping on a screen. There might also be an Android game you really want to play, but your phone just isn’t up to it.

Whatever your reason, there are many excellent Android emulators, that allow you to do some pretty interesting things with what’s essentially an Android virtual machine on your desktop.

The three emulators that we’re highlighting here are arguably the most popular, but also the most refined. They are free and generally simple to use. So you are just a few clicks away from running an instance of Android on your desktop.

Bluestacks (the company) has been around since 2009 and has become one of the biggest names in desktop Android emulation. It’s probably the first piece of software that comes to mind when most people think of running Android on a desktop. 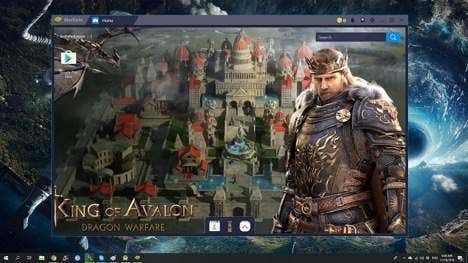 It’s not an undeserved position either. Bluestacks App Player is a mature piece of software with excellent performance. In fact, according to benchmarks for the latest version of Bluestacks, it is six times faster than even the fastest smartphone you can buy. That makes it an excellent choice for intense Android game titles.

The player is however not optimized for productivity software, although messengers and other similar lightweight apps are no issue. The main downside of the software is that advertisements and partner content is used to fund it.

If you can look past a few ad pop ups, then this is one of the best Android gaming app players available today.

You can get Bluestacks App Player at www.bluestacks.com.

Bluestacks has some serious competition in the form of Nox Player. The biggest selling point for Nox is the fact that there are no ads and it is actually free. It’s also a much more customizable and flexible app player, but of course that comes at the cost of simplicity. 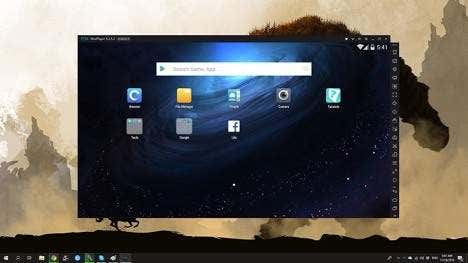 Like Bluestacks, Nox is aimed at people who want to play Android games on their computers. It allows you to fine-tune the emulators performance so that you can get great frame rates when you need it and give your computer some space to run other apps, as needed.

Since both of these options are free to download and use, it’s easy to compare the performance and customization options of both players for yourself.

You can get Nox Player at https://www.bignox.com/.

While Nox Player and Bluestacks App Player are unashamedly aimed at people who want to play Android games on a PC, Android Studio is all business. This is the premier, official, Google-approved development tool for people who want to make Android applications.

OK, to be perfectly honest it’s not really accurate to call this an Android emulator. Instead this integrated development tool contains a sophisticated emulator built specifically for testing the app you make. 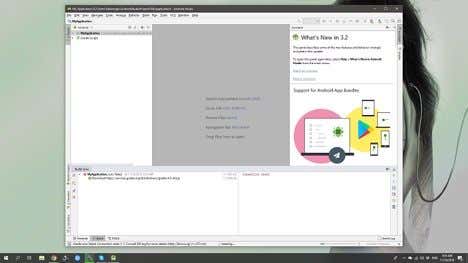 The purpose of the Android Studio Emulator is not to simple run Android apps. It’s to actually simulate various real Android devices out in the wild. So that you, as a developer, don’t actually have to go buy a wheelbarrow full of expensive phones to make sure that your app will work on them.

Clearly Android Studio is not aimed at the general public, but if you have dreamed of making and selling your own app for the biggest mobile platform in the world, there is no other game in town.

You can get Android Studio at https://developer.android.com/studio/.

We’ve come a long way since the early days of Android emulation. From software that was glitchy and slow, to an experience that is in many ways superior to any phone running Android.

Whether you’re an avid mobile gamer looking to get an edge or a budding software developer looking for your big break, there’s an emulator out there that will give you exactly what you’re looking for.

These three leading titles are literally just the tip of the iceberg. Enjoy!

How To Fix Discord Stuck On The Connecting Screen