Reading: Microsoft Launcher Brings Windows Integration and a Lot More to Android
Back To Top

Android smartphones are capable of many things that you just can’t do on Apple’s iOS (iPhone) devices. One of the slicker Android-only features is the ability to change how your device looks, feels, and behaves—a complete makeover—by simply installing a third-party launcher.

One of the more popular launchers is Microsoft Launcher (an upgrade of the Microsoft Garage project Arrow Launcher).

Designed primarily to help your Android integrate into the Microsoft ecosystem, Microsoft Launcher will not make your device look and behave like Windows 10.

Instead, in addition to providing a highly customizable user interface (UI), it helps ease your Android smartphone’s assimilation in to your Microsoft workflow of apps and services, as well as your Windows laptop or desktop PC.

Why a Third-Party Launcher?

Dependent on your phone, its manufacturer, and your service provider, your Android phone comes with a default launcher, which comprises your home screen, various control panels, and the apps installed on your device.

There are several launchers available, and some, such as Apex, EverythingMe, Smart Launcher 3, Google Now Launcher, and Pixel Launcher, are quite popular, and that includes Microsoft Launcher.

As I wrote this, at Google Play Store alone, the app boasted over 10 million installs and a 4.6 out of 5 rating. Considering the number of highly vocal Microsoft naysayers nowadays, those are some impressive numbers.

In any case, the answer to the question, “Why a third-party launcher?” is primarily the same as the answer to “Why does Android dominate the worldwide smartphone OS market?” Well, because Android is highly customizable; users are not locked into the same plain vanilla experience. Or, better yet, how about this cliché? Users can customize their phones to work the way they do.

At last count, Wikipedia’s “List of Android Launchers” article (updated in 2015) had over 60 entries. Another accounting I read said that there were “hundreds” of Android launchers available.

My search for “Android launchers” at Google’s Play Store turned up just shy of 300 apps, including a few designed to make your Android device emulate iPhones. In other words, there are a lot of options for customizing the appearance and behavior of your Android smartphone.

All launchers allow you to personalize Android by changing wallpapers, theme colors, icon packs, and, depending on the launcher itself, much more. Microsoft Launcher is designed primarily for those who live, work, and play in the Microsoft ecosystem.

In other words, you use MS Office for creating and editing your business documents, Outlook for your email, to do lists, and calendar; you save those and most other files on OneDrive; and, perhaps, you play and get your entertainment from Xbox, use Cortana for voice commands, video call and conference with Skype, etc. You get the idea. 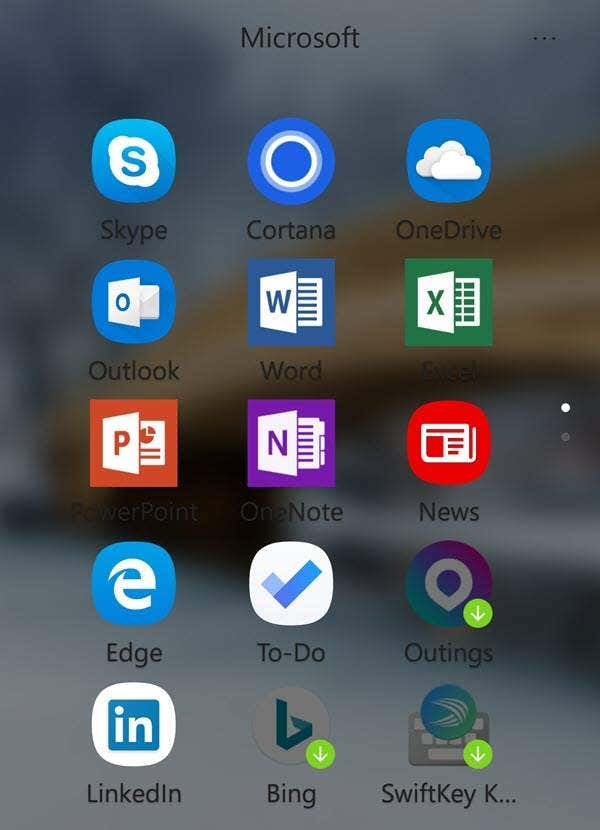 When you integrate Microsoft Launcher, for example, with your Microsoft work or school account, you gain easy access to your MS Office 365 documents and other files, recent activities in your personalized feed and your calendar, and much more – from Android.

You can even access open items, such as documents, photos, and webpages, on your Windows PC, and MS Launcher will in turn open them across all your devices.

As mentioned, Microsoft Launcher is not an attempt to, as the now defunct Windows Phone OS used to be, bring Windows to your smartphone. Not only are there no Live Tiles, but I’ve been using it for a few weeks now, and I don’t get (again, except for the immediate access to Office apps, such as Word, Excel, PowerPoint, Outlook, OneNote, OneDrive and so on) much of a Windows-like sense at all.

Instead, the app blends my Microsoft ecosystem with my Android device, allowing them to run smoothly, if not somewhat elegantly, side-by-side, and, while doing so, providing several highly useful features, as follows: 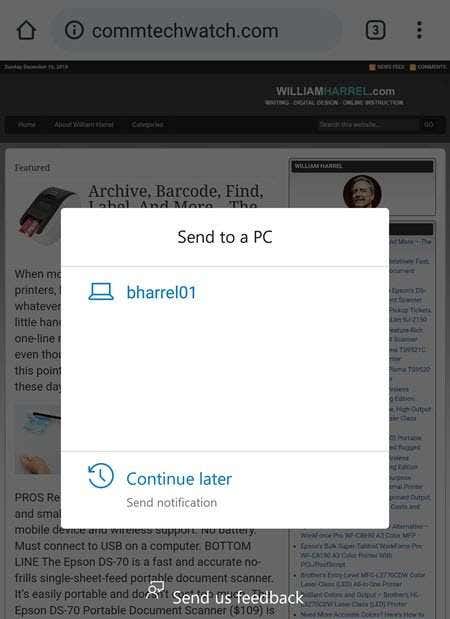 This works with music and links, too. Listening to a song on your smartphone? Click Continue to PC on the /More/Share menu to push it to your computer. With links, even if you use Chrome on your smartphone and default to Edge on your PC, Windows Launcher pushes URLs across the great divide to open the appropriate browser. 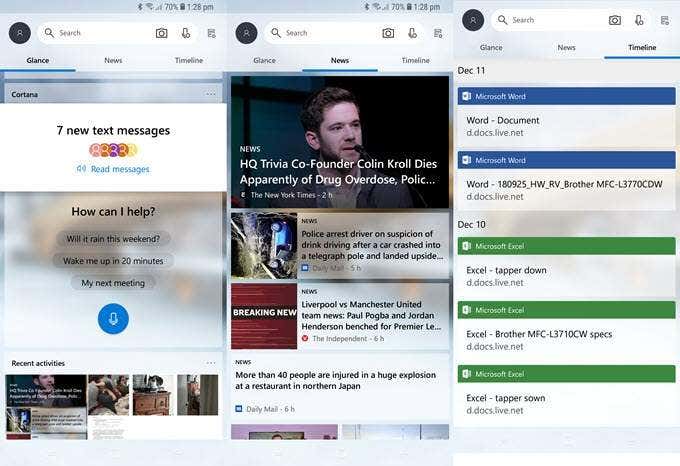 And for those of us who like to talk to our smartphones, Microsoft Launcher also incorporates Cortana into Android. I used it, in place of Google Assistant, to initiate commands, open apps, setup appointments and tasks, all without a hitch and just as smoothly as performing the same tasks on my desktop PC. 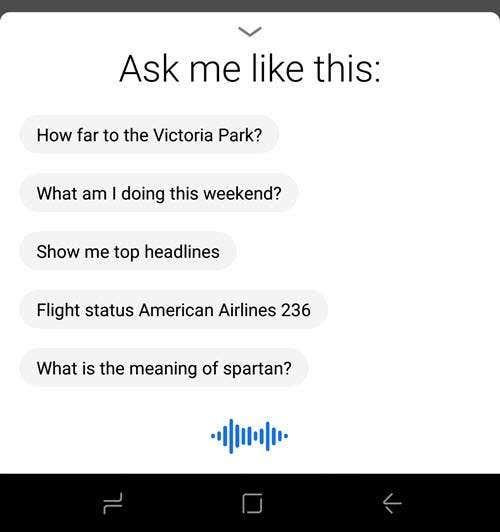 I tested Microsoft Launcher on Samsung’s flagship Android, the Galaxy Note 9, the fastest and most resourceful Samsung smartphone to date. The app ran flawlessly, without noticeable lags or crashes. The only real problems I had were when trying to connect between the app and Microsoft or Google services.

I couldn’t, for example, sign into my Office 365 account because whatever the launcher sent to Microsoft for my email address wasn’t recognized as a valid email address pattern—the same address I had used to authenticate on my Microsoft account a few seconds earlier.

I had a similar issue trying to get an app that installed with Launcher to authenticate on my Google account. Overall, though, Microsoft Launcher is a very well behaved app. As for processing speed, though, if it is a resource hog with resulting lag issues, the super-fast Note 9 is the last place they would show up.

I’m not one who whiles away the hours tweaking my equipment, though I am always up for finding ways to get my production machines to work together. 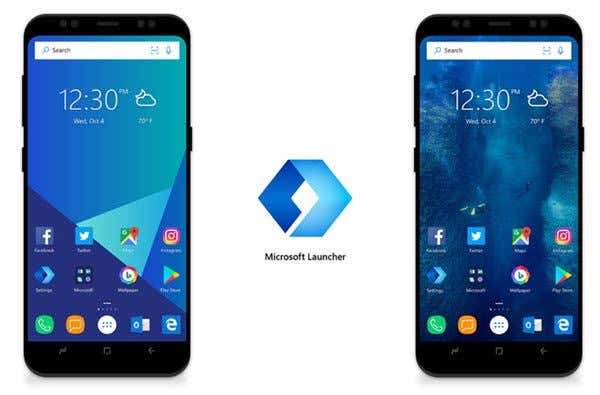 Yes, Microsoft Launcher did make my interface prettier, but what I really like about this app was how easy it makes switching back and forth between my phone and my desktop PC, almost to the extent that I am seriously considering, during my next business trip, leaving my Windows laptop at home and taking only my Android smartphone.

Also, another convenience of Android is that you can install as many Launchers as you want and move back and forth between them by simply enabling them in Settings. In any case, Microsoft Launcher is free from Microsoft and Google Play Store, and well worth the time it takes to install (a few seconds) and to check out. Enjoy!

Currently a contributing editor at PCMag, William Harrel has been writing about computer technology for more than 30 years, since well before the advent of the internet and has authored or coauthored more than 20 books. Read William's Full Bio

How to Search Facebook Friends by Location, Job, or School

Link Cells Between Sheets and Workbooks In Excel