Reading: How to Keep Yourself Updated With the Latest Internet Memes
Back To Top

How to Keep Yourself Updated With the Latest Internet Memes

All the cool kids are doing it

Did you know the latest Internet meme was Hadouken and Vadering? Yeah, me either. Hadouken is where people take pictures of themselves fighting in mid-air and Vadering is where people pretend to use “the force” and strangle people Darth Vader style. I have to admit, it’s pretty damn funny. 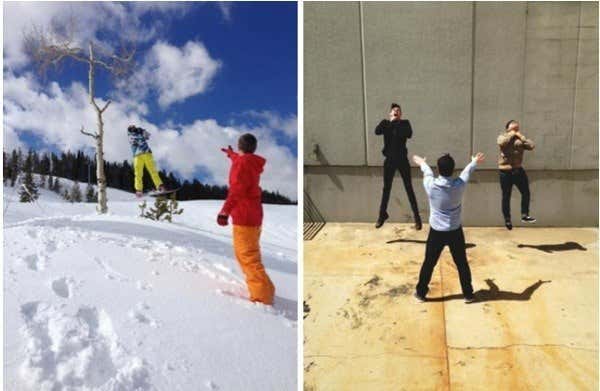 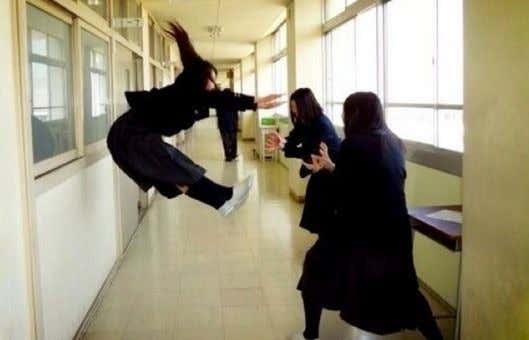 Apparently, the Hadouken meme was started by Japanese girls. It seems like every day or week there is a new theme that takes over the Internet. The only problem is that I usually don’t know about it. Maybe it’s because I work from home, which means I interact less with people and therefore don’t hear the “Hey, did you see this Harlem Shake video?”

If you’re like me and not on top of your Internet Memes like you apparently should be, then here’s a couple of ways you can stay on top of craziness so next time someone ask you if you saw or heard about XYZ, you can feel good that you’re in the know too. Plus, it’s a lot of fun going through all the Internet memes if you’re bored and want to be entertained. There are so many that it’s literally impossible to have heard of every single one.

This site is like the Encyclopedia Britannica for Internet memes. I mean it’s really ridiculous how detailed and informative it is. A lot of sites will just tell you what the meme is with a link to the video or pictures, etc, but this site goes all out with in-depth articles about each meme: summary, the origin of the meme, how it spread, examples, links to interviews of the people involved in the meme, derivatives of the meme, and lots more. What’s great about it is that is also links to all external reference, so you know they’re not just making this stuff up.

For example, just check out the page for Ridiculously Photogenic Guy meme:

After reading that entire page, you will have learned just about everything possible there is to know about that meme. You can also browse image only memes or video only memes and if you really want to get into it, you can go to the forum and talk about the meme with hundreds of other people.

Wikipedia is also a great way to learn about Internet memes. When I’m really bored, I visit the Internet memes category page on Wikipedia and browse through the hundreds of Internet memes listed there. Of course, this list is always being updated by someone, so it never gets old.

Another good one is the Internet Phenomena page that lists the most popular viral videos, images, jokes, catchphrases and more.

The other place I go to read about the newest Internet memes is Google News. Just do a search for “latest internet memes” and then click the Add “” section to my Google News homepage. 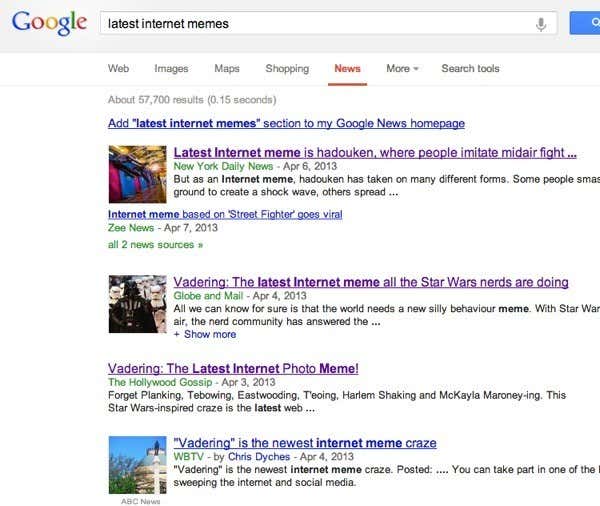 That’s how I found out about Vadering and Hadouken! If you want to know what your kids are laughing at hysterically while on their phones, you can look a little bit cooler by having an idea of what’s going on. Enjoy!

How to Hook Up Multiple Game Consoles to One TV

How to Save Your Desktop Icon Layout in Windows XP, 7, 8