Reading: 6 Ways to Earn Cash Off a Spare Car
Back To Top

6 Ways to Earn Cash Off a Spare Car

Don't just let it sit in the driveway

Got an extra car laying around in your garage? Well, why not earn some money off of it. The Internet has given rise to a ton of new startups that are changing the way we think about our homes, cars and gadgets. For example, if you haven’t heard of Airbnb, it’s a direct way to rent out your apartment or home to anyone in the world.

So why not rent out your car too? I personally have two cars sitting in my garage that never get used because we have two little kids and always end up driving the minivan. It would be awesome if I could use my car in some way to make money. Luckily, there are quite a few options.

In this article, I’m going to mention six fairly new sites that all basically allow you to either use your car as a taxi or turn yourself into a one-person rental car agency. Both are quite appealing to me, however, most of these sites and services are so new that they don’t exist in most cities at this point. They are expanding fast, though, so that’s a good thing. 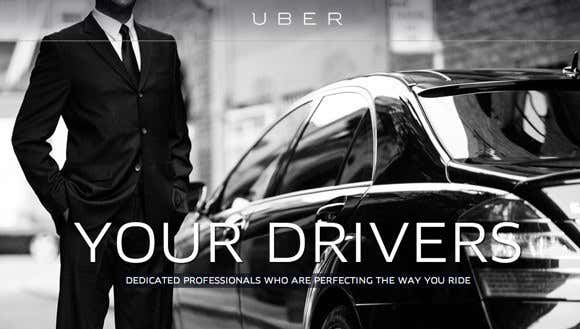 You might have heard of Uber in the news lately as a couple of their drivers were arrested at airports in San Francisco and New York. This was not because of bad drivers, but because the taxi lobbies are trying to fight to prevent their business from being taken by these new startups.

Uber is basically a company that allows anyone to become a driver (after a background-check and other checks) using their own car to pick and drop off people. With Uber, it’s a bit more professional and classy and you have to own a fairly nice black sedan or SUV to become a driver. We’re talking BMW, Mercedes,  Jaguar, Lincoln Town Car, Cadillac, etc.

You can earn a good amount of money as an Uber driver considering it’s an upscale clientele. A 34-minute ride from the Dallas airport to my home would cost me about ~$120 for an Uber black car. For a black SUV, you’re looking at $180. A couple of trips like that in a day and you can make yourself some good money.

The next two companies, Sidecar and Lyft, are basically the same as Uber, but without all the classiness and expensive tastes. Sidecar lets people find other local people who happen to be registered Sidecar drivers. You put in a request on your phone and someone will come pick you up.

What’s interesting about Sidecar is that people pay however much they think the ride was worth. There is no fixed cost or rate. Secondly, the customer rates you and you also can rate the customer. You can use whatever car you have and they also provide insurance when you are actually driving a customer.

Lyft is another on-demand ride sharing service like Sidecar. Lyft also does a background check and DMV checks like Sidecar and passengers and drivers rate each other like Sidecar too. Sidecar also increases safety by making doing an actual in-person meeting with new drivers to make sure they are a good fit.

I found the Lyft website to be a little lacking in information and general presentation about the services. However, Lyft has some unique ways of making ride-sharing more fun. For example, drivers put a pink mustache on the front of the car that represents a smile and passengers are supposed to give drivers a fistbump like you would a friend. In San Francisco, people have reported earning up to $35 an hour giving rides.

Getaround is a peer-to-peer car sharing or local car rental service. You basically list your car with pictures and the dates of availability and you’ll be contacted when someone wants to rent it. You can decide whether to rent to a particular person or not and when the car is rented, it’s fully insured.

You can rent out any car that you have and will make more money if your car is newer and more expensive. You can pick the price to list your car, though they do give you default values based on the make, model and year of your car.

RelayRides is similar to Getaround in that it lets you rent out your car to individuals directly. Again, you can set the price and the availability of your car. You can also list your car for free, which you can do with Getaround also. On RelayRides, you get 75% of your car’s listed price. Getaround doesn’t mention the percentage on their website.

What’s good about these services is that they verify drivers and even force them to connect to their Facebook account, so you can find out who the person really is. It’s a good way to make sure your car is not being driven by a thief or crazy person.

FlightCar is one new company that has really excited me. My family and I go to India at least once a year for more than a month and we always have to rely on someone dropping us off and picking us up because it’s simply too expensive to leave the car at the airport for weeks or months. FlightCar aims to solve that problem.

Now when you go to the airport, you just drop off your car to FlightCar and they will drop you off at your terminal for free. Then they’ll rent out your car to people flying into the city and you can make money! It’s a brilliant idea. Of course, your car is fully insured and your car gets washed and cleaned before they return it back to you. Nice!

So those are six ways you can start earning some cash from your extra cars if they are sitting around doing nothing. I would personally like to use a couple of the services, but because my city is not supported yet, I’ll have to wait. If your city is supported, then you’re lucky. Let us know any other way you earn money from your car in the comments. Enjoy!

How to Setup Dual Monitors in Windows