Reading: Should You Buy a Gaming PC or a Console or Neither?
Back To Top

Should You Buy a Gaming PC or a Console or Neither?

Internet game streaming is just around the corner

Gaming PC or console – which one should you pick? If you want to get into gaming, it can be a difficult decision.

In this article, we’ll lay down the key differences so that you can find out which option is more suitable for you. If you choose a console, you’ll also need to think about which console to get. We’ll help with that, too.

You may have also noticed we wrote “neither” in the title of this article too. So how can you game without either of these devices? Well, it’s almost 2019 and both Microsoft and Nvidia are either now offering or will soon be offering gaming over the Internet, or game streaming.

If you have a fast Internet connection, a regular PC will allow you to game at high-resolution for a low price. It’s worth checking out before spending any money at all. Nvidia’s gaming anywhere product is Nvidia Geforce Now and Microsoft’s is called Project xCloud.

Even Google is getting into the game. You can actually play Assassin’s Creed Odyssey on your PC using just Google Chrome. It’s called Project Stream and works quite well.

Hopefully, once you have finished reading this article, you’ll know whether you should buy a gaming PC or a console or just stream games. 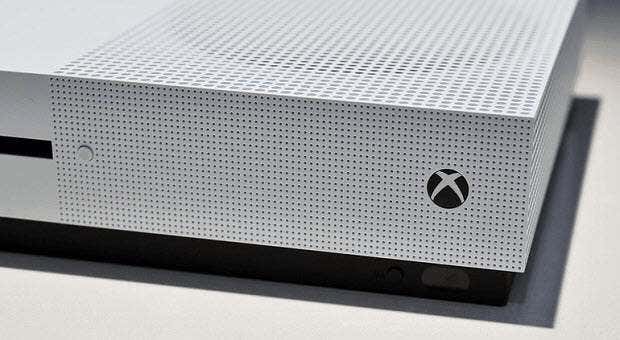 Perhaps the easiest place to start is the price. If you simply can’t afford to spend any money, your best option would be to try and get the most out of your current rig. If you have a modest budget, a console may be the immediate easy choice.

Getting set up with a gaming PC that can handle most modern games reliably can easily cost you $800-$1000. You can build cheaper PCs, but you are compromising on what makes a gaming PC so great – high quality graphics and great frame rate.

You also have to factor in a gaming mouse, keyboard, and a good monitor if you haven’t got one already.

For a console, it’s easy to get set up by buying one of the many console bundles out there. With a bundle, you can pay $300 to $400 to get a new console, a game, and a controller. Pay just a little more and you can get the more powerful Xbox One X or PS4 Pro variants.

As you can see, the difference in price is quite large. Paying more for the PC has its benefits, and we’ll talk more about this below, but if you just want to play some video games without extra hassle or money, a console is the best choice.

Also, going back to high quality graphics and great frame rate, the One X and PS4 Pro can output at 4K up to 60 fps, which even a lot of high-end PCs struggle to do.

In addition to these options, Microsoft has also announced Xbox All Access, a monthly subscription that gives you access to a Xbox console, Xbox Game Pass and Xbox Live Gold. So, if you don’t want to pay everything upfront, this is a good option. 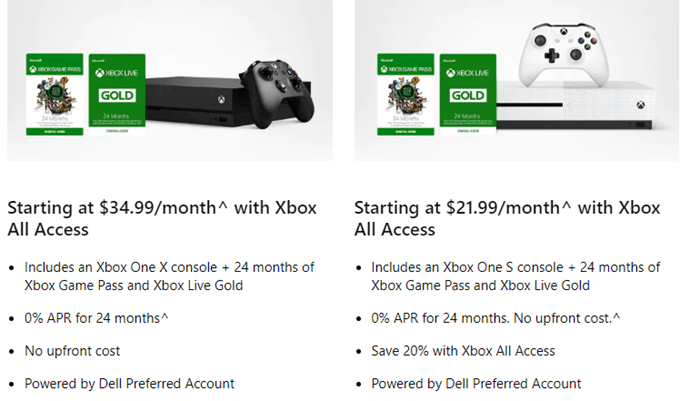 Finally, if you decide to go the streaming route, you’ll end up paying a monthly fee. At this point, no one really knows what it is since all of these services are in beta, but we’re guessing it’ll be in the range of $10 to $30 a month. 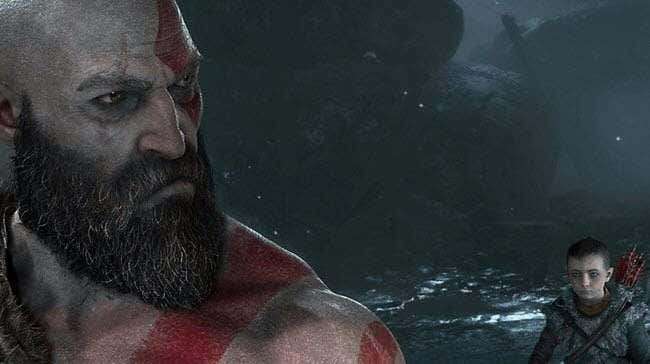 This is one that most often goes in the favor of the console. Both Microsoft and Sony pay a lot of money to get the rights to exclusive titles and this often means you’ll be missing out if you only have a gaming PC.

Some of the best triple A titles only get launched on consoles, and many other games get pushed to console far before PC players get the chance to play them. But it’s not as straightforward as one would first assume.

First party exclusives are more abundant on the PS4. Sony has put in a lot of effort to build a strong collection of first party developers.

You have an incredible range of highly rated exclusives on the PS4 like God of War, Uncharted, The Last of Us, Spider-Man, Bloodborne, and Horizon Zero Dawn.

For Xbox, it’s not as much of a concern. Because Microsoft owns Windows, you’ll see them push most of their exclusives to both PC and Xbox One. You won’t be able to play older classics like the earlier Halo games or Gears of War but future releases in these franchises will be available on the PC.

The PC does get some games that the consoles don’t, too, but usually they are titles from indie developers that are still in development. Some great examples include open world survival game SCUM, survival game Rust, strategy game Divinity: Original Sin II, and many more.

In summary, a console, especially a PS4, is almost crucial for great exclusive single player games. But on the other hand, the PC has some excellent strategy and multiplayer focused exclusives. It all depends on what types of games you like to play.

If you’re new to gaming, though, the offering from consoles, particularly the PS4, is a better choice. The developers of these games are backed by multi-million dollar publishers so you’ll know you’ll be playing a quality, bug free experience. 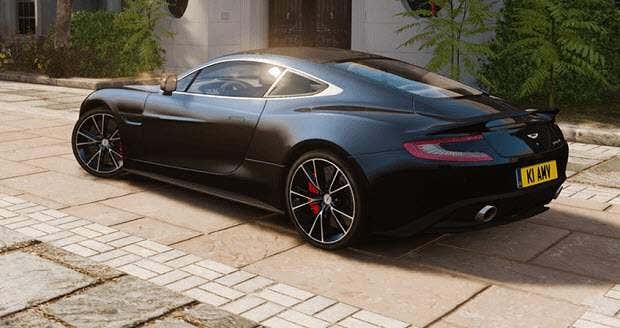 This is where the PC really sets itself apart from the consoles. Once you play a video game on a PC with a crisp frame rate and ultra graphics, you’ll never want to go back.

The trouble is, to get a high frame rate and the highest graphics, you’ll often need to fork out over $1,000. You’ll need a high end graphics card, a high end processor, SSD storage, and a good amount of RAM.

The sentiment ‘you get what you pay for’ is very true here. You can pay $300-$400 for a PC, but the performance and graphics may even be worse than a PS4 or Xbox One X.

Pay $700-$1000 and you’ll have a decent PC that can play most games at a reasonable frame rate – better than what a console can offer.

You are looking at roughly $1,500-$2,000 for a top of the range gaming PC. In addition, you’ll need to spend extra for a high frame rate monitor, high-resolution HDR monitor, which can easily add another $500 to $1000 to the price tag.

For hardcore gamers, this investment is reasonable, and the experience if well worth it. If you’re new to gaming, investing so much may seem daunting.

In regards to the streaming services, it’s going to be hard to match the graphics of a gaming PC or a console, but for those that don’t care so much about the absolute best graphics, it’s worth trying. I was impressed with the quality of Project Stream on my 1440p monitor, considering it’s free right now. 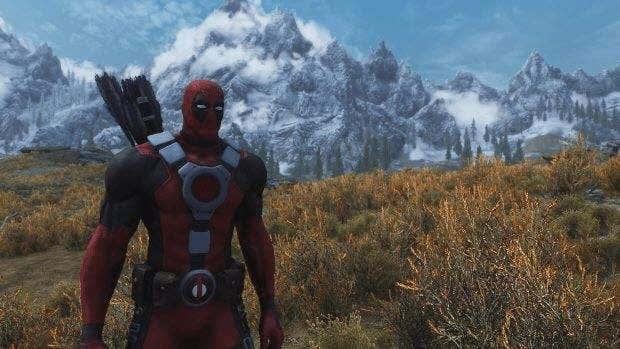 Thankfully, gaming consoles now double up as media streaming platforms. You can use apps like Netflix, HBO, and YouTube to watch content straight from your console.

PCs will always be a step up from what a gaming console can offer, however. In fact, gaming PCs in particular are powerful enough to do many tasks.

PC gaming is also more ‘open source’ than console gaming. This means that many PC games have support for modding. Some modding communities are so large that you can essentially get hundreds of hours of extra community-made content for free from platforms like Steam Workshop or Nexus Mods.

Gaming can be one of the best social experiences in the world, so if you have friends that play games, it might make sense to ask them what platform they play on first.

For many people, this can be the main deciding factor on what platform to buy, so make sure to consider it before making your decision. 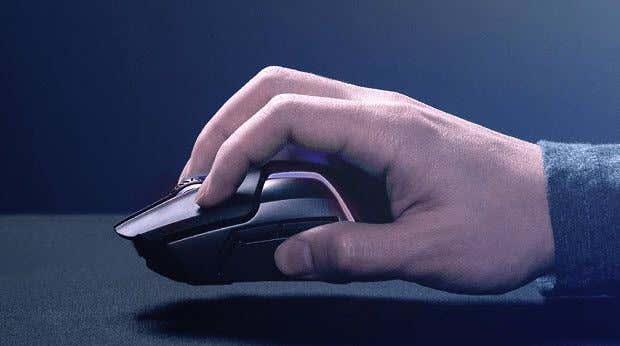 This may seem like an odd one, but it should be considered. Consoles are designed to be played from the comfort of your couch. They are easy to play in a relaxed position. Whilst it’s possible to get accessories that let you play your PC from the couch, typically, playing PC games requires you to be sitting up at a desk.

Another thing to consider is the difference between using a controller and a mouse/keyboard. The former is a great starting point for any gamer, and it’s far easier to get to grips with.

Would you prefer a casual, laid back experience, or a more engaging, competitive style experience? A console works best for casual gaming, whilst a PC is better for those more serious about gaming.

Thanks for reading our guide to picking a PC or gaming console or streaming. In summary, we’d suggest a console or streaming for those new to gaming or those on a budget. PC gaming is a great step up from that if you want to get more seriously involved with your video game hobby.

We hope the information we have provided has helped. After reading this, what platform will you choose?