What are PC Drivers and Why Do You Need Them?

Hint: it has nothing to do with political correctness

Your computer contains all kinds of hardware, such as disk drives, DVD/CD-ROM drives, network adapters, and sound and video cards, as well as external devices, such as printers, keyboards, monitors, and USB drives.

When you install an operating system (OS), such as Windows or Linux, that OS needs to be able to talk to the hardware in your computer to display items, play sounds and videos, and write data to or read data from a hard drive, as well as other tasks.

That’s where drivers come in. A driver is a small piece of software that acts as a translator between a device and the OS and programs that use the device. The driver tells the OS, and installed software programs, how to talk to the hardware in your computer.

For example, when you buy a printer, it usually comes with a driver on a CD (or, in recent years, a URL to download the latest driver software from the Internet) that tells the OS how to print information on each page. Without the driver, the printer will not know how to interpret the data sent to it, if the data even makes it to the printer.

NOTE: Many drivers such as keyboard drivers and mouse drivers are already installed with the OS when you buy a computer.

The drivers installed in your system that talk to the hardware devices are managed using Device Manager. To access the Device Manager in Windows, enter device manager in the Search box on the Start menu. 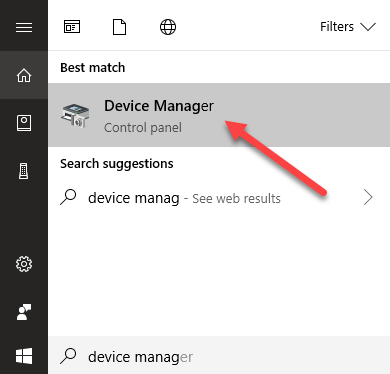 All your hardware device categories, such as Audio inputs/outputs, Display adapters, DVD/CD-ROM drives, Network adapters and Mice and other pointing devices, are listed and the specific devices are listed below each heading. 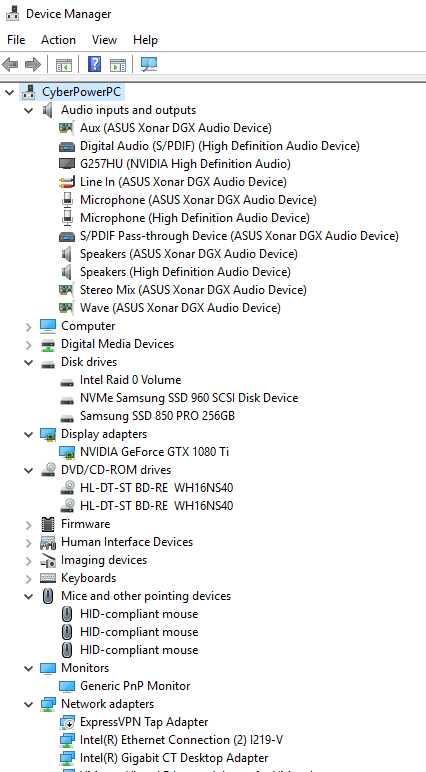 If you are having trouble with a device, it’s helpful to know the version of the driver currently installed on your system. You may need to email this information to the manufacturer, or tell them over the phone. It’s also helpful if you are trying to find a solution yourself on the Internet on various sites and forums.

To find out the version of a driver, right-click on the driver in the Device Manager and select Properties from the popup menu. 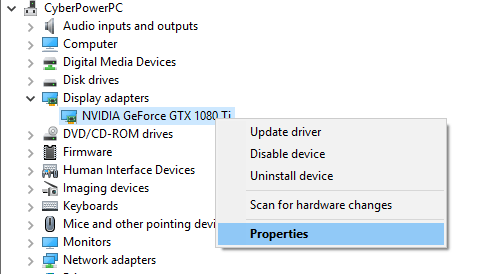 On the Properties dialog box, click the Driver tab. The Driver Provider, Date, Version, and Signer are listed. You can find out more information about the driver using the Driver Details button.

Notice that you can also update the driver from this tab, disable the driver, uninstall the driver, and even roll back the driver software to the previously installed version, in case an update caused a problem with the device.

NOTE: You can also update the driver software using the Update Driver Software option on the popup menu shown on the previous image. 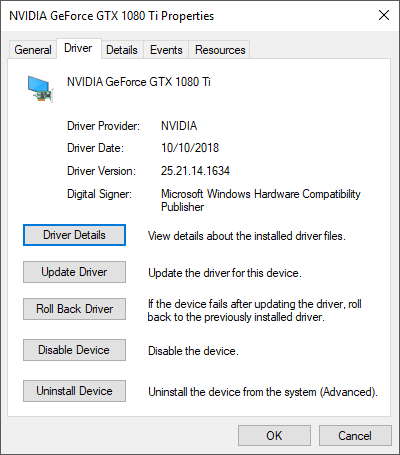 You can also download updated drivers directly from the manufacturer’s website for the specific device, such as for a video or sound card. When you download drivers from the manufacturer, the driver software comes in an installable file with a wizard that will lead you through the installation. In this case, you update the driver directly, not through Device Manager.

Generally, it’s good practice not to fix what isn’t broken. If your computer is working fine, you most likely don’t need to update your drivers. In my previous post on whether you should update your BIOS, I came to the same conclusion.

You should try to only do so if you have a problem with a device. However, an exception might be for video cards. If you’re using an NVidia or ATI/AMD video card, upgrading to the latest version from the manufacturer, rather than using the generic driver that comes with Windows, can make a noticeable difference in speed and graphics quality.

Make sure you’re using the right drivers for your devices. That’s more important most of the time than using the latest drivers. Sometimes Windows automatically installs device drivers. However, you can prevent Windows from doing this.

You may want to backup your device drivers in case you ever need to reinstall Windows on the same computer. If you are installing Windows on a different computer, you will need to install fresh drivers, if the computer has different hardware. There are some useful tools that make it easier to backup or update your computer’s device drivers. Enjoy!

How to Make Audio Files Louder

10 Ways To Speed Up Your Chrome Browser