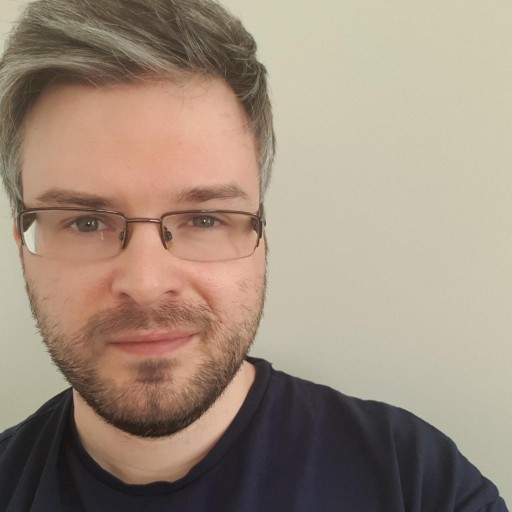 Ben Stockton is a freelance writer based in the United Kingdom. He’s written for MakeUseOf, MakeTechEasier, HowToGeek, IoT Tech Trends, and Cloudwards.net.

Technology has been in Ben’s blood since he was a kid, getting hooked on the free copy of SimCity 2000 that came bundled with his family’s Windows 95 PC. He’s followed every Windows release since, and he’s proud to say that he’s never owned a pre-built PC, preferring to always build his own.

Before starting out as a writer, Ben used to teach computing in a further education college in the UK, teaching basic and complex computing and IT skills to people of all ages, from teenagers to the elderly. He also taught on apprenticeship programmes, teaching functional IT skills to UK Military of Defence apprentices.

When he’s not working, Ben still has time for PC gaming, although the Xbox One tends to get more use. Outside of tech, a trip to the beach, the pub or somewhere new are enough to keep Ben occupied (or, failing that, a few hours spent binge-watching Netflix).

Ben has a BA (Hons) degree in Modern History and Politics from Aberystwyth University and a postgraduate certificate in Computing from Northumbria University.

The Best Versions of Tetris to Play Today

For a game that is nearly 40 years old, Tetris continues to surprise new and old gamers alike as an enjoyable way to pass the time in classrooms, bedrooms, and […]

How To Download Torrents On a Smartphone or Tablet

If you’re looking to download large files, there’s no better way to do it than downloading torrents. The process is decentralized, meaning there’s no server hosting the files, just tens […]

A Steam Guide for Beginners to Get Started

As one of the original game distribution services, Steam has long been a must-have for PC gamers. With incredible sales and a backlog of over 34,000 games available, Steam continues […]

Evernote has long been a favorite with office workers and students, thanks to built-in note-taking and task management features, along with a generous free plan that allowed note sharing across […]

The 7 Best Software Versions of Solitaire For Windows 10

Solitaire has offered a fun way to pass the time in offices, classrooms, and homes across the world since 1990. Microsoft first started including its own version of this classic […]

Essential Software and Features for a New Windows 10 PC

As Apple and Android battle to become the undisputed ruler of the smartphone and tablet world, Microsoft continues to focus on one of its core products for the PC market—the […]

How to Troubleshoot Common Printer Problems in Windows 10

One of the joys of using Windows 10 is that, unlike older Windows editions, it’s pretty capable of taking care of installing any extra peripherals like your printer. If you […]

First released in 2001, the Nintendo Game Boy Advance still holds a lot of nostalgic memories for lovers of Zelda, Mario, and Pokemon games on this best-selling handheld console. Thanks […]