5 Tasks That Should Have Been Simpler in Windows 8

Maybe they got it right in Windows 10

I’ve been using Windows 8 for a while now and even though I like using it, there are still some really annoying aspects of the OS that I just don’t get. For instance, why is it so hard to do things that used to be so easy? Restart your computer? Print from a Windows app?

The OS has been “re-imagined”, but I find some of the new ways to get simple things done frustrating. Here’s my gripe list for Windows 8. 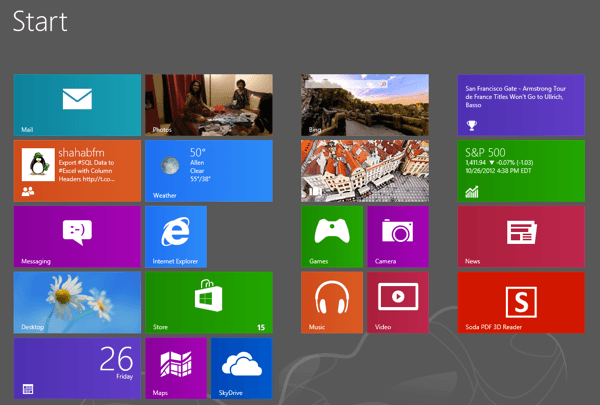 Shutting Down and Restarting Windows 8

I don’t restart or shutdown my computer often, but it really should be easier than opening the Charms bar and having to click three times! I’m not really sure why Microsoft didn’t put a shut down and restart option on the Start Screen somewhere just click they have the Lock and Sign out options. Instead you have to open the Charms bar, click on Settings, then click on Power and then click on Restart or Shutdown. 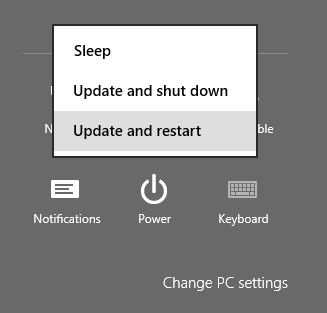 You can add the shutdown and restart options to the right-click menu or create shortcuts on the Start Screen, but at the end of the day, it should have been a simpler task to accomplish.

This one really gets me too! It took me a while to figure out how to print from a Windows app. I tried my best not to search on Google because I wanted to figure it out myself. I assumed it would be easy enough since that is something that just about everyone under the sun does quite often. 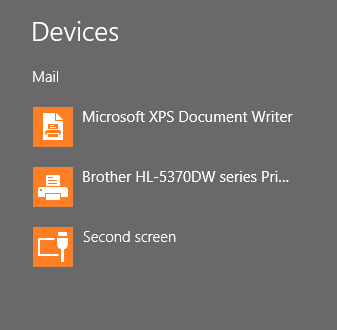 Again, you have to open the Charms bar and click on Devices. There you will see your list of printers. Not very intuitive if you ask me. Thankfully, you can still press CTRL + P to print while inside of Windows apps. If you’re trying to print a PDF using the built-in Reader app, that’s how you do it!

Going from clicking the X in a normal desktop app to closing apps in Windows 8 is going from Earth to Mars. Basically, Microsoft’s perspective is that you can just leave Windows apps open all the time and switch back and forth between them. I personally don’t like that idea too much.

There are a couple of ways to close an app in Windows 8. The easiest way is to move your mouse up to the top center of the screen, click your left mouse button and then start dragging down. The app windows becomes smaller and then simply disappears once you reach the bottom of the screen. You’ll be brought back to the Start Screen once the apps closes. 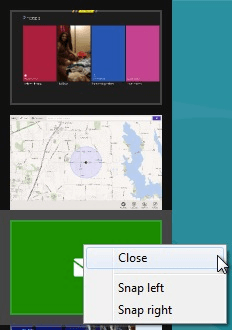 You can also read my previous post on using the hot corners on the left side of the screen to close running Windows 8 apps. However, that method still requires you to manually close each app. What if you have 20 apps open? Check out the last tip in my 5 tips for speeding up Windows 8 to see how you can close all running Windows apps at once.

Gone are the days of pressing F8 to get your list of boot options. Now you have a multi-step process to get into Safe Mode in Windows 8. First, you have to boot into System Recovery Options. Once you are there, you then have to go through a bunch of prompts before you finally get the option to boot into Safe Mode. 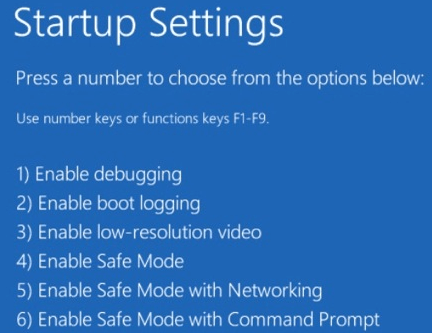 The new boot screens are a lot nicer looking than previous versions of Windows, but it makes the process a lot more complicated. Getting into Safe Mode used to be so easy, now it’s not!

Microsoft removed the ability of Windows 8 to play DVDs due to licensing costs, but if you have included something in Windows for that long, just removing it without any clear guidance is frustrating. Obviously, most consumers buying new Windows 8 PCs won’t be affected because the manufacturer will probably install some kind of DVD playing software.

However, if you are upgrading to Windows 8, even Windows 8 Pro, you still either have to download third-party software or purchase the Windows Media Center add-on pack. It’s not that expensive for the add-on pack and you can always download a program like VLC media player, but it is definitely confusing to novice users.

Over time, I’m sure everyone will get used to these new ways of doing things, but for right now, it’s something that makes me feel I have to do extra work. What do you think? Do you like Windows 8? Any tasks you feel take longer in Windows 8 than in previous versions? Let us know in the comments. Enjoy!

The Online Tech Tips Guide to Chkdsk in Windows 10