Every October Microsoft releases a major update to Windows that (hopefully) fixes the biggest bugs and gripes, while also bringing new features into this OS-as-a-service product.

While there were quite a few problems with the 2018 “1809” update that caused a two month delay, it should now be available through the regular update service.

If you’re already running 1809 or are just looking forward to it, here are some feature highlights you can look forward to in the newest Windows version.

Microsoft already provided a Dark theme in a previous update, but unfortunately Windows Explorer itself retained its white background.

Dark modes and themes are pretty much everywhere these days. Not only do they make screens easier to read in the dark, they reduce screen power consumption. Most importantly, they look pretty cool to boot.

Now scroll down to the bottom of the window. 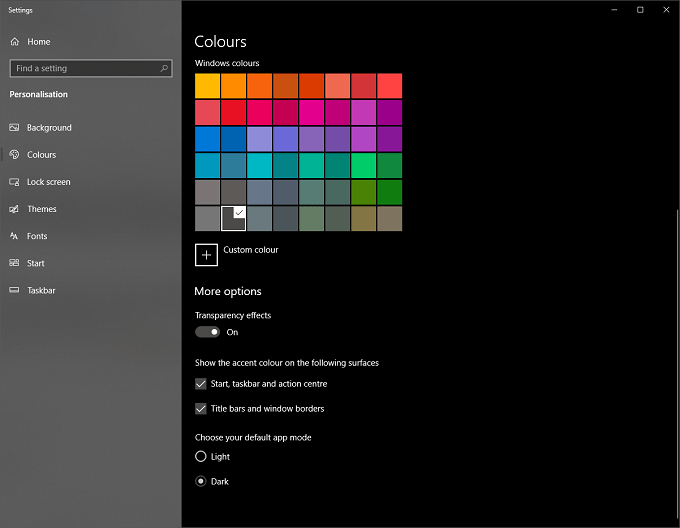 Under Default App Mode choose Dark. Now Windows Explorer will have a dark background and your eyes will thank you.

Windows 10 had much better support for screenshot editing out of the box than previous versions. However, the tools available were a little fragmented and with the 1809 update there is now one tool to rule (and replace) them all. The Snip and Sketch tool. 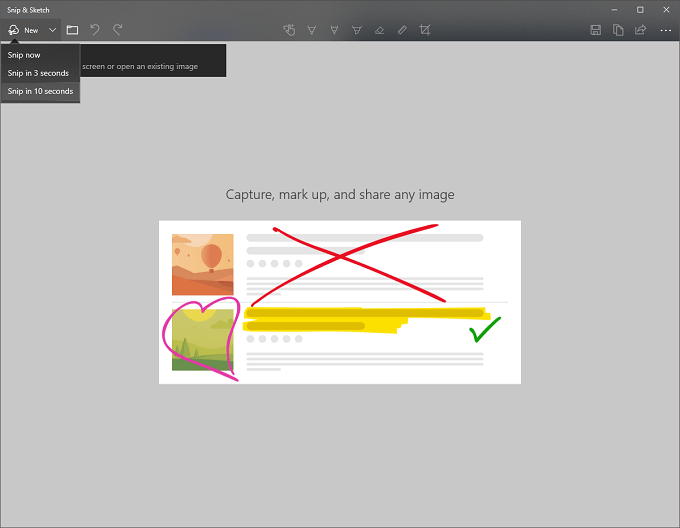 You can find this tool with all your other apps or by simply typing its name in the Start Menu search bar. With it you can easily capture and edit screenshots with ease.

Your Phone App for Android Users

Like it or not, smartphones are now a part of almost everyone’s daily life. So Microsoft has decided to integrate Android phones into the Windows Desktop using a new application known as Your Phone.

There is no indication when or if other phone OSes will ever be fully supported, but if you have an Android smartphone you can now send texts and view photos. There are also some limited iOS functions. Specifically sending web pages from your iPhone to Windows.

You can find the app among your other Windows apps. The fastest way to access is is by searching for “Your Phone” it in the Start Menu.

To link your phone, just click “Get Started” and follow the prompts. Then enter your number here.

Enter your number and click Send. You should receive a text with a link to the Your Phone Companion app. Install it and then open it.

Now you’re ready to start sharing content between your phone and Windows desktop.

The search functions in the Start Menu have been expanded substantially. Now when you search for something you’ll see several tabs to categorize the results. There are also more relevant web results, with shortcuts to download or install an app.

The search itself is also now much faster, coming up at the same time it takes for the Start Menu itself to appear.

The humble Clipboard has also received a major overhaul. Now when you copy something to the Clipboard there are more things you can do than just paste it somewhere.

For example,you can now stack your copied items by activating the Clipboard History. If you press Windows+V then you can see that history and pick the item you want to paste.

You can also choose to sync clipboard data to the cloud and then to you other devices.

The Windows 10 of today is already much more mature and refined than when it first launched. Despite a rough start, the 1809 update has brought some truly useful and welcome changes to the system. Enjoy!

Why You Should No Longer Be Using Windows XP

How to Speed Up Logging Into Windows