Reading: How to Update a Nexus Device OTA to Android N (7.0) Beta
Back To Top

How to Update a Nexus Device OTA to Android N (7.0) Beta

Because it's fun to check out the latest OS

If you have a Nexus device and love playing around with the latest versions of Android, then you might be happy to learn that you can update your device to the beta version of Android N over-the-air (OTA). The only devices you can do this for are the Nexus 6, Nexus 6P, Nexus 5X, Nexus 9, Nexus Player, Pixel C and General Mobile 4G (Android One).

With one of these devices, you don’t have to worry about unlocking the bootloader or flashing your device using a system image. All you have to do is sign for the Android Beta Program, enroll your device and you’re good to go!

I’ll walk you through the steps in this article, but remember that pre-release versions of Android are normally unstable, so don’t do this on your primary device. If you do it and regret it later, there is a way to revert back to the last stable version of Android, which I will also explain below.

The first step is to join the beta program and enroll your device. Visit the Android Beta Program website and login with your Google account credentials. Use the same account that you are using on your Nexus device.

You should see a list of your eligible devices towards the middle of the page. If you don’t see your device, make sure it’s not hidden in Google Play. Click on the Enroll Device button and accept the license agreement. 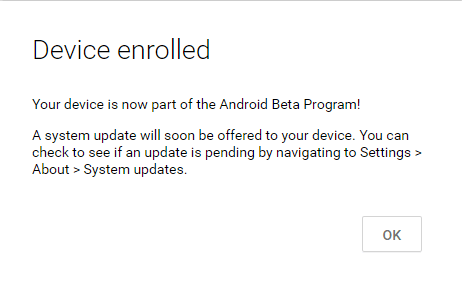 The device will be enrolled and you should get a message on your phone fairly quickly, indicating that an update is now available for your phone. 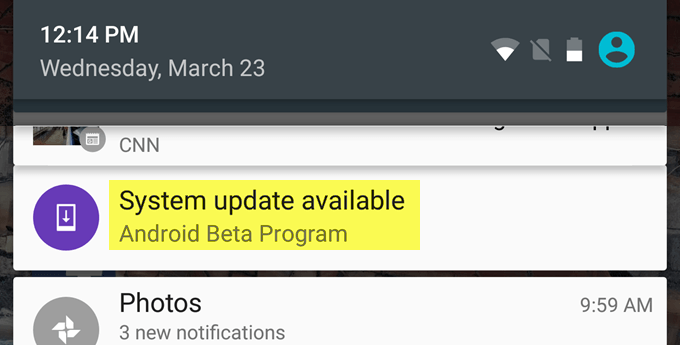 Tap on the notification and you’ll see a message with a link to download the latest version of Android onto your Nexus device.

The message also mentions a couple of the new features for the beta version of Android. For Android N, new features include multi-window support, direct reply for notifications and more. Once the beta has been fully downloaded, you’ll get another notification to install it.

The install process will take anywhere from 5 to 15 minutes, depending on your device. Once installed, you should be able to login into your device normally as long as everything went well. You might also have a bunch of app updates ready.

You can always verify that you are running a beta version of Android N by going to Settings and then tapping on About Phone all the way at the bottom. 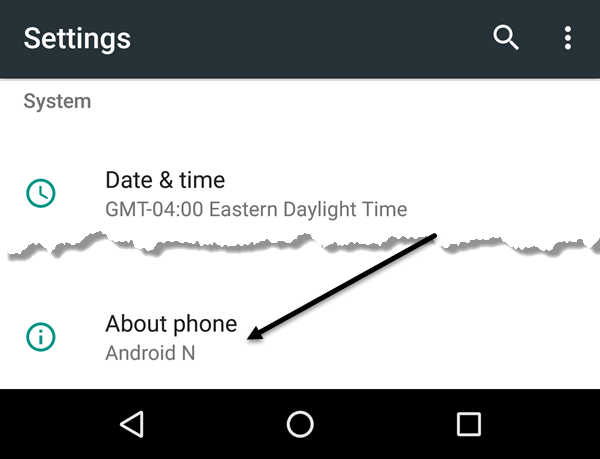 Finally, scroll down to the bottom again and you’ll see the Android build number. 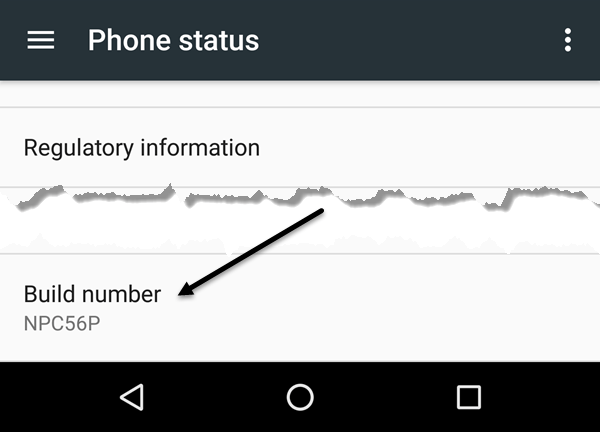 In order to do that, just log back into the Android Beta Program website and you’ll see an Unenroll Device button.

When you click on that, you’ll get another notification on your device to download an OTA update that will wipe everything on your phone and install the latest public stable version of Android.

Overall, it’s a great program for those who have a Nexus device. If you don’t have a Nexus device, the process is far more complicated and prone to errors and failures. With the Beta Program, anyone can check out the latest version of Android with just a new taps and clicks. In a future post, I’ll talk about some of the new features in Android N. Enjoy!

How to Get Wishes in Genshin Impact

What Is DPI on a Mouse and How To Change It?