Reading: How to Detect Invisible Users on Yahoo Messenger
Back To Top

Find out if someone is avoiding you

Are you looking for a quick way to detect whether one of your Yahoo Messenger buddies is ACTUALLY offline or just Invisible? Apparently lots of people would like to know how to detect whether someone is invisible or not! I only realized this because I’ve been asked about it over and over again! I’m still not sure why it would matter because OBIVOUSLY your buddy doesn’t want to talk to you otherwise they would not be invisible!

But either way, I guess some people just need to know for the sake of knowing (especially guys and gals who want to know whether someone is avoiding them). The major problem is that 99% of the sites that detect invisible Yahoo messenger users don’t work. They can tell you whether the person is offline or online, but in my tests, they could not figure out I was invisible. 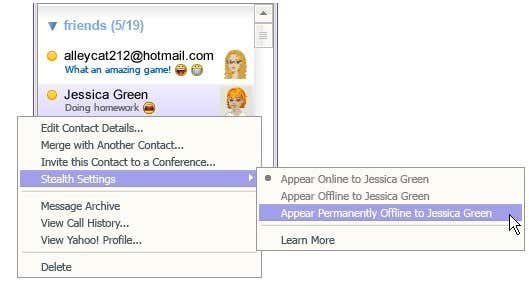 After testing a BUNCH of sites, I am only listing the ones that worked here for me using Yahoo Messenger 11.5. I did not test these services with all the other messenger downloads they have for other countries, so your mileage may vary. I’m not even sure why they have so many different versions, but hopefully they all work in the same way.

Also, I checked each of these sites on VirusTotal to make sure they were not spammy or one of those malware-infested sites that would mess up your computer. 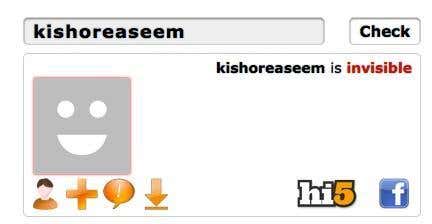 This one worked! After trying about 10 sites, I reluctantly gave this one a shot and it actually told me I was invisible. So there are some sites that actually work! Now it’s worth noting that these sites tend to pop up and disappear randomly, so hopefully it’ll still be around when you read this post.

Well that’s about it. I could not find a single other site that actually gave me the correct result when checking my own Yahoo ID! So if you’re looking for ways to check for invisible users, you really only have one option and that option may not be right all the time.

Some of the other sites may work if the person you are trying to check on is using an older version of Yahoo Messenger, but with 11.5, it’s really hard to figure out if someone is in stealth mode or not.

How to Create a Routine With Amazon Alexa

How to Clear Any Web Browser’s History

How to Change Alexa Language to Spanish and Other Languages

How to Share or Collaborate On a Word Doc with Others