Reading: How to Capture, Save, Record or Download Streaming Audio for Free
Back To Top

How to Capture, Save, Record or Download Streaming Audio for Free

Some simple workarounds anyone can do

Ever wonder how you could possibly record or rip a song that’s being streamed across the Internetonto your computer for free? Trying to download streaming audio directly to your computer can be quite difficult because sites usually have different security measures put in place, making it near impossible unless you’re a hacker.

However, one surefire way of recording streaming audio from any web site is to simply capture it via the sound card on your computer. Basically, there are programs that can record whatever is being played by your computer’s speakers, so if you can hear it, it can be recorded. Of course, you’ll have to listen to the entire song since the recording is live, but it’s definitely much easier than trying to download the file from the web site directly.

It’s worth noting that trying to capture or record audio streams over the Internet can violate copyright laws, so hopefully you’re only trying to record non-copyright material! Also, depending on your sound card, you may or may not be able to record computer playback  Luckily, there is a way around that by using a male to male 1/8 inche audio cable, also called a loopback cable. You plug one end into the microphone jack and the other end into the headphone jack and then record.

There are a couple of free programs that you can use, though the choice is very limited. I’ll also mention a couple of shareware programs too because they have more features. Also, if you just want to record songs that you hear off the radio, I’ll mention one option for that too.

If you’ve haven’t heard of Audacity, it’s a free open-source sound editor and recorder. It’s also probably the best way to record the sound playing on your computer for free. 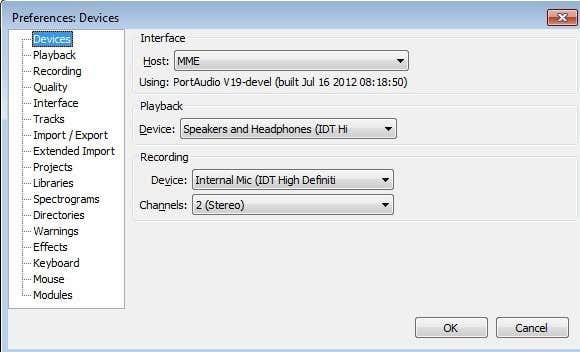 Basically, you have to go to Preferences and change your recording settings. As I mentioned above, the device will depend on whether your sound card supports recording computer playback. If not, you’ll have to use the cable and change the device. Sounds complicated? That’s ok, Audacity has an awesome guide on the whole thing online.

Also, by default because of software patents, Audacity cannot export a recording to MP3 file format. If you want to do this, you have to install the LAME MP3 Encoder for Audacity.

There are lots of tutorials online about recording computer output using Audacity and it’s really the best way at the end of the day. 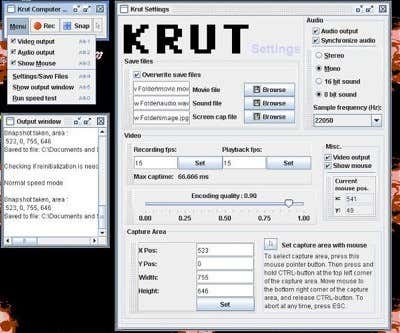 Krut is a free program that will record audio and video to separate files, which is very convenient. The audio is recorded into WAV format, but you can always use another program to convert between audio formats. The recording quality is good and they also have a manual online that explains all the different options and features. 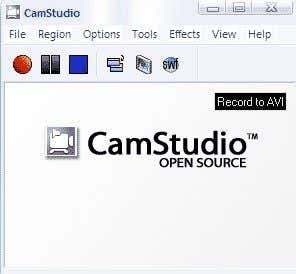 CamStudio is an open-source screen recorder that also lets you record the sound being played on your computer. It records out to AVI, so that means you’ll have to use some other methods to extract the audio to an MP3 file. This is a two-step process, but it’s not all that complicated. Audacity, CamStudio and Krut are three good freeware programs and I mention two more at the bottom of this post, but use them as a last resort. I explain down below.

If you listen to a lot of music online from Last.fm or Spotify, etc, then there are some tools you can use to capture those songs as they play and convert them into MP3 files. First, I’ll mention some Internet radio programs that let you listen to radio stations and record them at the same time. 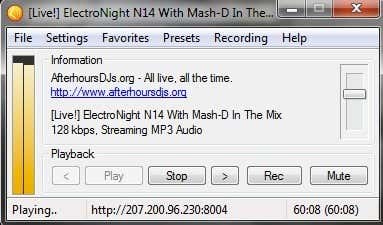 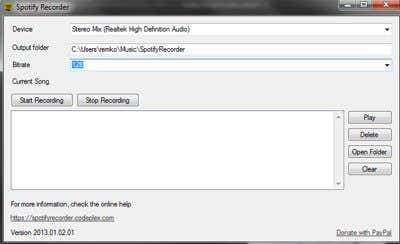 For Spotify listeners, you can try out Spotify Recorder. It takes a little work to setup, but once you have it configured, it works like advertised. It records directly from the sound card and can actually add the artist and track info too. You do not need a Spotify Premium account in order for this to work.

In addition to the freeware, you might want to consider spending a little money if you plan on doing a lot of recording. The paid apps have more options, are more up-t0-date and are easier to setup. 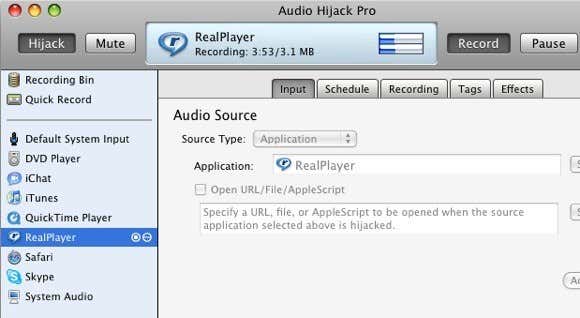 Audio Hijack Pro is the best sound recorder for Mac OS X. Not only can you record audio from iTunes, QuickTime, RealPlayer, Safari, Skype, DVD player, etc, but you can also record the system audio too. Not only that, it can record to multiple formats including AAC, MP3, and WAV. It’s got a ton of other features and costs $32. You can also download a free trial and use all the features for a short time to see if it’s worth it. 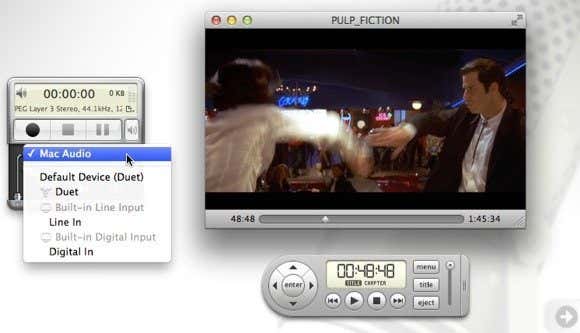 WireTap Studio is just like Audio Hijack Pro, except it a bit more expensive ($69). It also has a lot of features and can basically record anything that you hear on your PC with great sound quality. 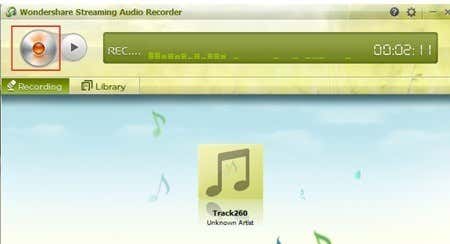 Wondershare  Streaming Audio Recorder is the cheapest program, coming in at $19. It lets you record from a host of online music sites and has some nice features like automatically getting the artist info, automatically splitting between songs and even filtering out the ads that play before or after a song.

If you have a spare PC or laptop laying around that is useless, old or will be reformatted in due time, then you might want to install FreeCorder on it. FreeCorder (Google it) is a convenient program to use if you’re going to be recording music that’s mostly played via the web, such as Internet radio, etc.

However, it’s also known to have malware/spyware that gets installed with it. I have used it before and it works well for recording streaming audio, but you should only install it on a virtual machine or on a computer that you don’t care about. Do not install it on your work machine or on a computer with any important data. I personally didn’t have any issues with adware, spyware, etc, but users have definitely reported it.

It’s one way to record any sound or music off the Internet or from your computer, but the software itself is a bit sketchy.

You can use a standalone program called MP3MyMP3 Recorder (Google it), which is also free. This is another program that seems to fit into the adware category. This program is a last resort if you couldn’t get anything I mentioned above to work. I only mention it because I have used it and it worked for me, but others have reported issues with spyware.

Also, by default, MP3MyMP3 tries to record from your microphone and not your sound card, so click on the Source button and choose Stereo Mix as the sound source. The recording quality was good and sounded just like the originals from what I could tell. Personally between the two, FreeCorder is better, but MP3MyMP3 is another alternative.

So those are pretty much all the possible ways to record audio being streamed to your computer. Mostly, it’s just a matter of capturing the output from your sound card  Any questions or problems, please post a comment!